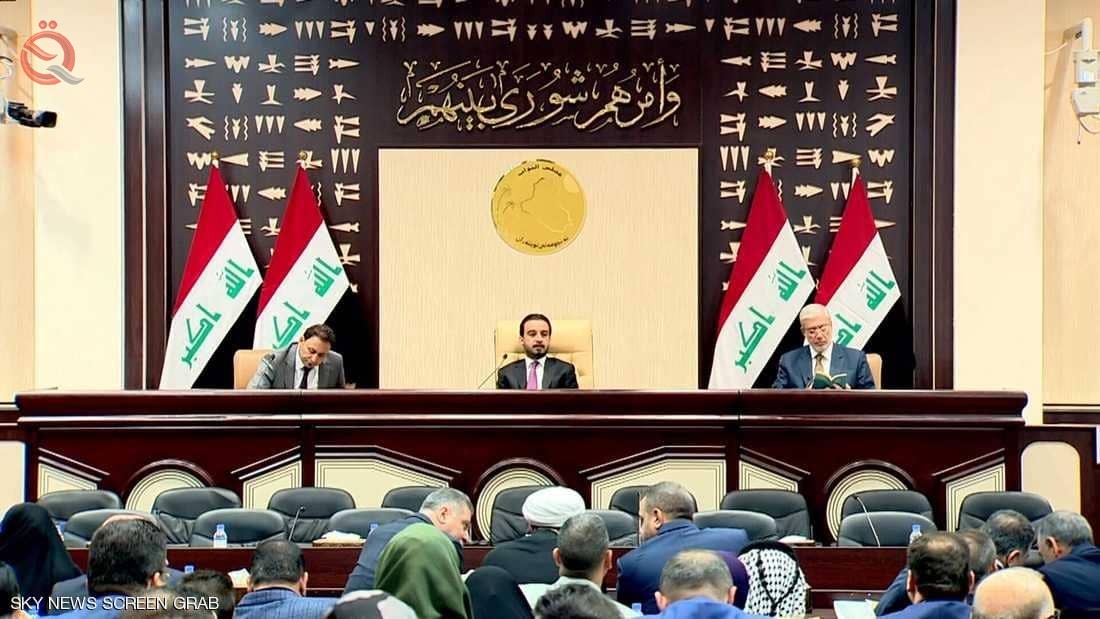 The Federal Court set, on Sunday, the date for the issuance of the decision to appeal the budget.

The President of the Federal Court, Jassim Muhammad, said in a statement that was reported by the official channel and followed by "Al-Iqtisad News", that "the 23rd of this month has been set as the date for the issuance of the decision to challenge the budget."

The court had set September 19 as the date for hearing the budget appeals.

The Federal Supreme Court postponed, earlier, the date of the challenge to the Federal Budget Law for the fiscal year 2021.

A judicial source stated, to the official news agency "conscious", that "the Federal Supreme Court postponed the date for appealing the Federal Budget Law for the fiscal year 2021, to the twenty-fourth of next month."

The Council of Ministers had earlier authorized Prime Minister Mustafa Al-Kazemi to file an appeal with the Federal Court on some items of the federal budget for the 2021 fiscal year.

The government appealed 10 paragraphs of the budget, which the Parliamentary Finance Committee changed or amended, as follows:

Article 2, Paragraph 4g, which says, “The Ministry of Finance must abide by the ceiling of the allocations mentioned in Schedule B as amended and redistribute those allocations, both operational and capital, and classify them on the basis of the level of departments, chapters, materials and types.

This article relates to the expenditures of the ministries that Parliament reduced from 164 trillion to 128 trillion dinars, including the reduction of social welfare allocations.

Article 2, Paragraph 4h, which relates to the allocations of revenues obtained from collection and fees to municipal and health departments in the governorates, and which is found in their balances for the years 2019, 2020 and 2021, and authorizes the governor to ratify the spending plan.

And Article 2, paragraph 8, which relates to the establishment of funds in all governorates producing crude or refined oil or gas under the name of the Petrodollar Fund, which is managed by the governor and financed monthly.

The objection relates to Article 12 Second B, which says, “The Council of Ministers must disengage and restructure departments and departments in ministries and entities not affiliated with a ministry that exercise, under its laws, tasks corresponding to or similar to the tasks stipulated in Federal Public Service Council Law No. 4 of 2009 amended to activate the role of the Council in public service.

The government also submitted an objection to Article 18 III B related to the imposition of a 15% tax on imported fuel that is sold directly through car filling stations.

Article 50 A, which says, “The Minister of Finance may add financial allocations to fill the shortfall in employee compensation from salaries, contractors’ wages and daily wages, if any, provided that the total amount does not exceed 500 billion dinars, provided that it is audited by the Federal Financial Supervision Bureau later.

Article 50 c, which talks about “the Council of Ministers shall increase the current prices for the purchase of wheat, barley and rye crops from farmers by 50 thousand dinars per ton for each of the mentioned crops.”

Article 56 Third, which says, “The extractive oil companies are obligated not to include the expenses for the license tour contracts in the lists of calculating the cost of the current activity, with the exception of the salaries of employees seconded to work with contracting companies within the license tours, taking into account what was stated in the Council of Ministers decision numbered “S.L. 212” in 29/6/2013.

Article 58, which obligates the Council of Ministers to assign the names of those entrusted with the positions of heads of independent bodies, special grades, deputy ministers and advisors to the House of Representatives no later than 30/6/2021, and the House of Representatives is obligated to take its decision by voting within 30 days from the date of sending the names.