Egypt: We will not hesitate to help Iraq recover its looted money

Egypt: We will not hesitate to help Iraq recover its looted money 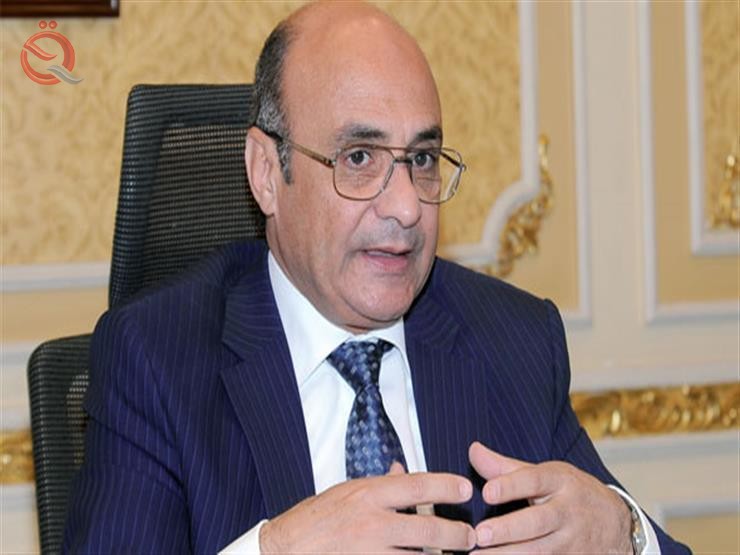 The Egyptian Minister of Justice, Omar Marawan, confirmed that his country's government would not hesitate to help Iraq by recovering its looted money if it was in Egypt.

"The money recovery conference that was held (yesterday) in Baghdad is important to discuss an issue that concerns all peoples and Arab countries, which is the issue of recovering looted funds, that is, the people's money smuggled abroad," Marwan said in a statement reported by Rudaw and seen by "Al-Iqtisad News."

He added that the importance of the conference comes from the fact that it "attempts to find mechanisms that activate the joint Arab cooperation, so that it returns the smuggled looted funds and returns those involved with these funds so that they may be tried in a fair trial for the crimes they committed against their peoples and countries."

The Egyptian Minister of Justice stressed that any "looted money found in" Egypt, the government, will not hesitate to assist the brotherly State of Iraq in recovering their money, and we will not delay in helping it.

Yesterday, Wednesday, the International Conference for the Recovery of Stolen Funds was launched in the Iraqi capital, Baghdad.

According to the Minister of Justice, just as Iraq succeeded in eliminating terrorism, "we have to confront corruption," stressing "the need to recover the looted funds through international agreements."

Muhammad pointed out that "our meeting today is an important message that recovering the looted funds is of interest to the state," revealing the government's determination to recover all of Iraq's money from abroad.

In turn, the Iraqi Prime Minister, Mustafa Al-Kazemi, described corruption and terrorism as "two sides of the same coin," noting that "corruption was present when society was plunged into sectarian fighting."

The Prime Minister considered that "the path to a rational state begins with frankness with our people about the diseases that led to the decline of a great country like Iraq," adding that "we set from the beginning our primary goal in fighting corruption."

According to Al-Kazemi, he formed a "special anti-corruption committee that carried out its duty with the Integrity Commission, the judicial authorities, and the Ministry of Justice and Financial Control," stressing that "the committee revealed, within one year, corruption files that were not revealed for 17 years, and recovered money looted from abroad."

According to Al-Kazemi, the committee was subjected to "attacks and false accusations, the aim of which was to frustrate it and thwart its work," stressing that "there is no place for frustration and retreat."

For his part, the Secretary-General of the League of Arab States, Ahmed Aboul Gheit, considered the conference to recover looted funds an "important opportunity to combat corruption."

He pointed out that "confronting corruption is very complex and requires continuous cooperation."

Jawad accused that "some countries are incubators and stand an obstacle in returning the looted funds," adding that "Iraq is still suffering from the lack of cooperation of countries in recovering the money," adding that "dual citizenship is resorted to by some officials with investment and corruption."

Similar topics
» Al-Kazemi announces that Iraq will recover part of its looted money
» Iraq resorted to the international community to recover the looted money across borders
» Saadi: amending the law of the fund to recover Iraq's money is an advanced step to recover money smuggled in the time of the former regime
» The House of Representatives begins the new legislative session next Saturday
» Iraq indicates weakness in international efforts to recover looted funds