Central Statistics: Government directive to allocate an amount in the 2022 budget for the population census

Central Statistics: Government directive to allocate an amount in the 2022 budget for the population census 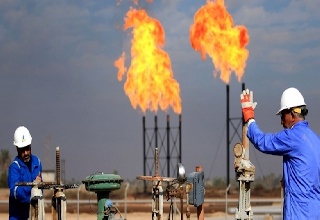 On Thursday, the Central Statistical Organization of the Ministry of Planning revealed its latest preparations to conduct a population census, and while it indicated that there is a government tendency to allocate an amount from the 2022 budget for the census, it confirmed that the most prominent problems had been overcome.

The head of the agency, Diaa Awad, said, "There is a directive from the Prime Minister to the Parliamentary Finance Committee to allocate an amount from the 2022 budget for the population census," noting that "this directive is an impetus for implementing the census work," according to "Aware."

He added, "If the amount is added in the next budget and health conditions improve, and approval of the budget is not delayed long and sufficient time is given, there will be a statement issued by the Minister of Planning to implement and determine the date of the general population census," noting that "there are preparations to prepare the infrastructure as devices (servers). ) and the purchase of devices (tablets) and tests for some tribal experiments in some governorates, because the census will be electronic and with self-efforts by the Central Bureau of Statistics.

Awad stressed that "these electronic systems need to conduct experiments and field tests," pointing out that "the problem of placing nationalism within the census has been overcome and the question of nationalism has been raised about the form."

He expressed his hope "to expedite the approval of the budget during the new parliamentary session to work on conducting the population census," explaining that "the census is a huge and large work that requires preparations and must allow sufficient time for its implementation."