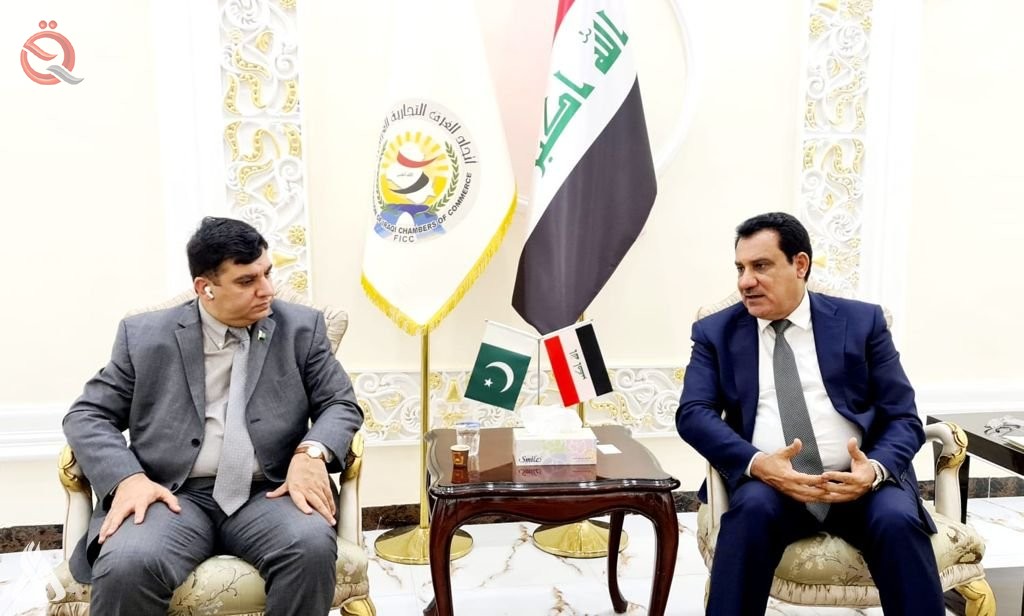 On Tuesday, the Pakistani ambassador to Baghdad, Amjad Ali, affirmed his country's intention to increase the volume of trade exchange with Iraq.

The statement added, "Al-Zuhairi discussed with the visiting guest ways to strengthen and develop bilateral relations between the two countries in issues of common interest."

Al-Zuhairi stressed, "The importance of strengthening aspects of trade relations by diversifying the frameworks of consultation, which contributes to achieving the aspirations of Baghdad and Islamabad, and raising the pace of bilateral trade cooperation at various investment, economic and development levels, for the benefit of both countries."

In turn, the Pakistani ambassador affirmed that "Iraq and Pakistan have strong relations and for a long time have important relations in various religious and cultural fields and in the bilateral common interests between the two parties."

The ambassador explained, "The volume of trade between Iraq and Pakistan is not the size of ambition, but there is a beginning to increase the volume of trade exchange, as there are two Pakistani cement factories in Iraq and a hotel in Karbala (Baron) and also a Pakistani oil company that has a contract with the Iraqi government," noting that "the volume of The trade exchange between the two countries is very little, and we will try to increase its volume."

And he indicated, "The Pakistani people lead the holy places in Iraq as pilgrims and not as visitors, and we are about to sign a memorandum of understanding and we are trying with the Iraqi government to obtain a special policy for the visa offered to Pakistani visitors, and the Pakistani embassy opened its branch in Karbala during the Ashura visit this year to serve visitors." Pakistanis."