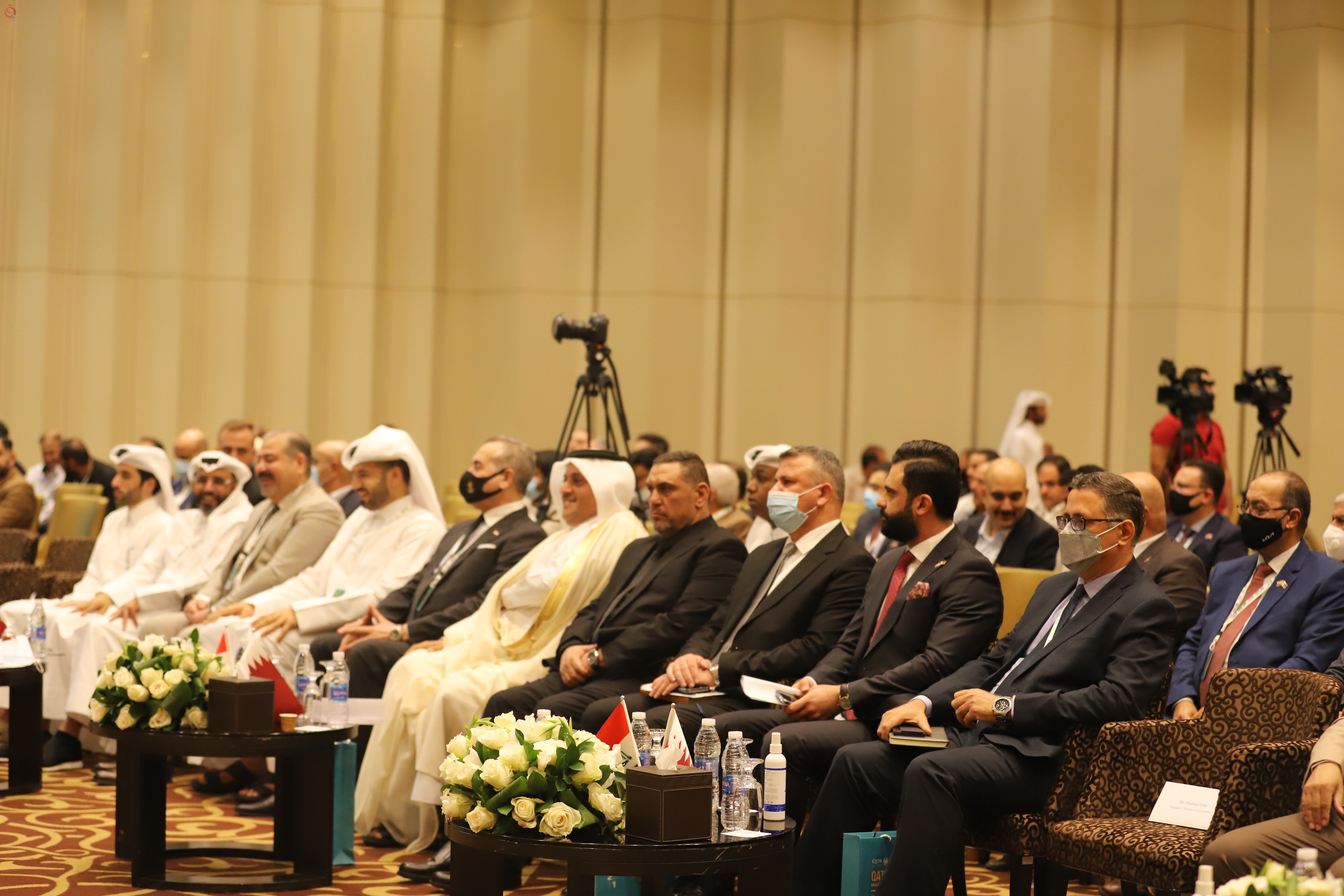 part of the audience

Today, Tuesday, the conciliation meeting between the State of Qatar and Iraq was held in the capital, Baghdad, in the presence of the Deputy Governor of the Central Bank, Dr. Ammar Hamad, Vice President of the Association of Private Banks Tamkeen Abdul Sarhan, Deputy Executive Director of the Association Ahmed Al-Hashemi, in addition to the Minister of Environment Jassem Al-Falahi and Qatari Ambassador Khalid bin Hamad Al Sulaiti and a number of Qatari companies.

Deputy Executive Director Ahmed Al-Hashemi said in his speech during the meeting, "We look forward to strengthening cooperation and economic partnership between the two countries," noting that the Iraqi banking sector, under the supervision of the Central Bank, is making great strides in growth and services during the current period, if today there are more than 70 private banks spread in It implements international laws and instructions and provides services to most citizens, so there are currently more than 5 million active bank accounts.”

He stressed that the opening of bank accounts is growing by 44% annually, and bank deposits amounted to about 85 trillion dinars, or 57 billion dollars, and the volume of lending rose to 50 trillion dinars, as banks worked to enhance economic stability despite the great challenges facing the Iraqi economy due to the outbreak of the Corona virus and the decline in oil revenues. On which the budget depends by 93%. .

He added that the steps of development, in cooperation with the Central Bank and the Association of Banks, contributed to improving the performance of most banks and was the subject of good governance and management, as well as training and qualification of human resources. direct structural and contributed to achieving sustainable development

In his turn, Minister of Environment Jassem Al-Falahi said, in his speech during the meeting, "I extend my sincere thanks and gratitude for this generous invitation to attend the opening ceremony of the Qatari-Iraqi consensus meetings. I welcome you and on behalf of Prime Minister Mustafa Al-Kazemi, our brothers from Qatar in their second country, and we appreciate the efforts and insistence on work and communication despite The effects of the Corona pandemic and its negative repercussions on all areas of life, especially in the economic aspects.

He added, "Based on Arab and Galilean brotherhood and the common interests between the two countries, we are meeting here today to strengthen economic, cultural and industrial cooperation between the two brotherly countries."

Al-Falahi praised "the role of the sisterly State of Qatar in the region, which seeks to achieve the goals of sustainable development."

In addition, the Qatari ambassador to Iraq, Khalid bin Hamad Al-Sulaiti, said on the sidelines of his participation in the meeting, which was attended by "Al-Iqtisad News", "Today we translate the State of Qatar's keenness on the future and stability of the sisterly Republic of Iraq, and we actually comply and say to His Highness, the Emir of the State of Qatar, Sheikh Tamim bin Hamad Al Thani, of the necessity of Iraq's restoration of its leading position and the consolidation of its national sovereignty through building state institutions and supporting the pillars of security and stability, in which the economy is a central pillar.

He added, "In addition to writing, culture and the arts, humanity in this Arab land has known trade since the dawn of history," noting that "today we are inspired by this history to galvanize our enthusiasm and build new trade and economic horizons that link our promising present to the future."

Al-Sulaiti indicated that "we hope that these bilateral meetings will be the beginning of a series of new commercial steps through which the State of Qatar will be able to support the Iraqi brothers in various strategic areas."

And the ambassador added, "Since my traditional position as ambassador of the State of Qatar in the Republic of Iraq, I have not known of this good country and the hospitable people except all the best and keenness to advance their country to the ranks of the major countries."

He concluded his speech by saying: "We appreciate the efforts of everyone who were keen to organize and make this bilateral economic initiative a success between the two countries."