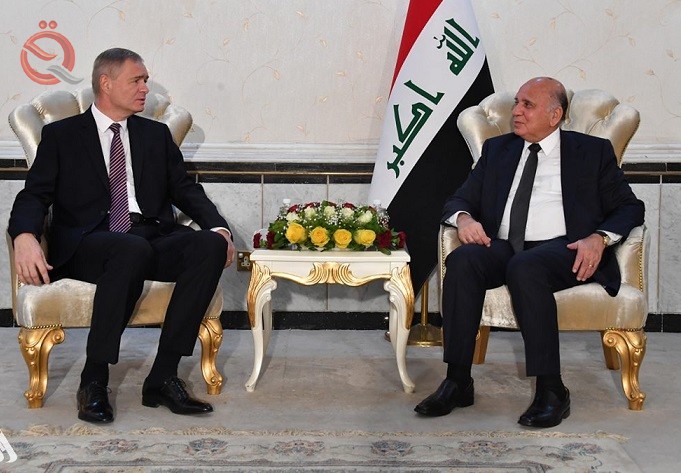 Today, Monday, Foreign Minister Fouad Hussein called for an increase in the volume of trade exchange with the Czech Republic.

A Foreign Ministry statement received by "Al-Iqtisad News" stated that "Hussein received Czech Ambassador Martin Vitek on the occasion of the end of his diplomatic missions in Baghdad, where they reviewed the progress of bilateral relations between Baghdad and Prague during the last period, and the mechanisms for developing them to serve the interests of the two friendly peoples."

The Minister of Foreign Affairs called for "the importance of increasing the volume of trade exchange between the two countries, and encouraging Czech companies to engage in the Iraqi market and take advantage of investment opportunities in the reconstruction of Iraq."