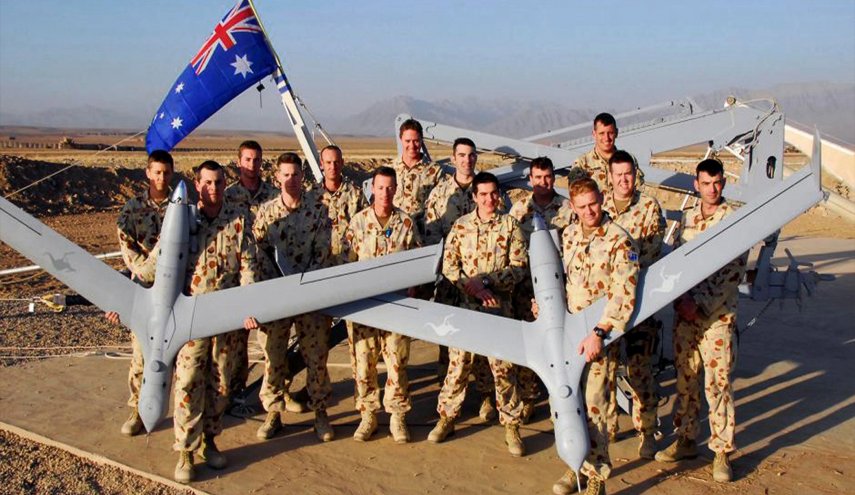 Shafaq News/ The wars in Iraq and Afghanistan ran through Australian military thought and actions for two decades.

ASPI’s inaugural director, Hugh White, recalled that, as the institute’s first reports were being written in 2002, Australians ‘were starting to debate an issue which became unquestionably the most divisive question of national strategic policy since Vietnam—the proposal to invade Iraq’.

ASPI staff had to be part of that debate, White wrote, but it raised serious challenges for a new institute looking to establish its role as a government-owned and -funded but independent policy player:

“The potential for ASPI to find itself embroiled in intense and difficult public debates had, of course, been recognised and accepted from the outset, and some important principles had been established and embodied in ASPI’s charter: that ASPI as an institution would hold no view, but present the views of staff and others who contributed to its work, and that it would seek to publish a range of views on contentious issues. These principles served ASPI well, but it was nonetheless a stern test to find that, within a few months of its launch, ASPI staff were among those arguing against an invasion of Iraq for which the government was doing all it could to build support.”

As one of only four members of the military coalition that deposed Iraq’s government in March and April 2003, Australia shared responsibility for what Iraq would become.

On 1 May, US President George W. Bush declared ‘the end of major combat operations’, while ASPI released a paper on 9 May on ‘postwar Iraq from a distinctively Australian perspective’.

Australia was a member of the transitional authority and had a direct responsibility for Iraq’s future, Elsina Wainwright noted. Having participated in the military action, she said, Australia had a moral obligation to contribute to the replacement of the deposed regime with a new and better alternative.

Practically, the United States and the United Kingdom wanted Australia to sustain an active role in Iraq’s administration and political evolution. If things went badly, there was a clear risk the engagement could drag on indefinitely. Australia needed to set a clear limit to its commitment to the reconstruction process. Wainwright also identified—‘not in any priority order’—a lengthy list of Australia’s interests in the outcome:

· long-term stability in the Middle East

· Australia’s commercial stake in Iraq and the Gulf

· Australia’s credentials in the new Iraq

· the global credibility of the US

· the strength of the US–Australia alliance

· the effectiveness of the United Nations and the wider Western alliance

· the safety of Australian personnel.

A few months later, Aldo Borgu wrote about the continuing war in ‘post-war’ Iraq. The insurgency, he said, was destined to follow the same path as the 2003 Gulf War, ‘full of myths, misrepresentations, half truths and wishful thinking on both sides of the debate’. The insurgency was a lot more serious than the US admitted publicly, Borgu said, and far less serious than the doomsayers believed:

The major problem the US currently faces is that it has no idea who or what it’s facing. US Administration officials have identified the Iraqi resistance at different times as comprising foreign terrorists, regime loyalists, criminals or combinations of all three. That might be right for now but there is a greater risk that the resistance will begin to develop into a pro-Iraq, anti-American nationalist resistance that has nothing to do with Saddam, Al Qaeda or the Iraqi mafia.

In ASPI’s strategic assessment, Beyond Baghdad, published in May 2004 at a time of widespread fighting in Iraq, Peter Jennings wrote that Iraq’s prospects were poised on a knife edge. One possible outcome was the creation of a stable, more open and prosperous regime in the Middle East. The other was anarchy, and a substantial if temporary rebuff to America’s place in the world, Jennings said: ‘Australia’s involvement in the Coalition is an important signal of our support for the US and for the essential work of rebuilding Iraq. Australia’s interests are served by maintaining a strong commitment to the Coalition and the reconstruction of Iraq.

The Iraqi national elections held on 30 January 2005 would ‘not by themselves defeat the insurgency in Iraq,’ Peter Khalil wrote. Insurgents would use terrorist tactics to incite sectarian strife, ‘to kill as many Iraqi civilians as possible, in the hope of derailing the political process over the course of 2005 by destabilising Transitional Government and Coalition efforts to help Iraqis establish democratic governing structures’.

Khalil had served as director of national security policy for the Coalition Provisional Authority (August 2003 to May 2004), working to rebuild Iraqi security forces and institutions. He wrote that Australian Army trainers had been more successful with Iraqis than US civilian contractors had been:

The relative effectiveness of Australian trainers is also a result of sharing with Iraqis a common tradition and understanding of British doctrine and tactics. The Australians have shown they can connect with Iraqis through treating Iraqi culture with respect, the lack of which among contracted, non-uniformed trainers has been particularly criticised by Iraqis

By 2006, ASPI’s Iraq headline thought was the need to think clearly about what ‘staying the course’ meant. Rod Lyon argued that ‘we tried to do too many things in Iraq, and set ourselves an impossible mission’, aiming for a set of outcomes that were ‘the equivalent of trying to hit seven birds with one stone’—plus, the act of intervening had its own unintended consequences.

Lyon said the coalition forces should tick off what had been achieved: no Iraqi WMDs, Saddam Hussein toppled and prosecuted, sanctions lifted, and the prospect of Iraqi state sponsorship of terrorism minimised. The long-term objective of embedding democracy would depend on Iraq.

Australia wanted an exit strategy that pocketed those gains and left behind some form of stability for Iraq and the Gulf states, Lyon wrote: ‘We also have a fundamental interest in the continuing good health of our own alliance, and so, in helping our ally to find a graceful exit route. It is not in our interests to have the United States slump into a “post-Iraq syndrome” similar to the post-Vietnam one.’

In 2007, Leanne Piggott produced an ASPI report on what Iraq meant for Middle East security:

The spill-over of jihadi-salafist terrorism from Iraq to neighbouring countries and beyond has to date been the deadliest effect of the Iraq war. Like Afghanistan before it, Iraq has provided an ideal training ground for jihadi terrorists from around the region who bring home with them newly honed skills in bomb-making and other aspects of insurgent warfare.

For Australia, Piggott argued, the two important exports from the Middle East were oil and ‘the ideology underpinning global terrorism, jihadi-salafism, and the terrorists themselves’. The Iraq imperative for Australia was to continue to support coalition partners in providing security for the Iraqi people:

The challenge of reaching the point of sustainable security and political reconciliation in Iraq is a formidable one, particularly in the light of the decades of tyranny and division that preceded the 2003 US-led invasion. Regardless of the mistakes in US policy to date, Australia has an obligation as a coalition partner to do all that is possible to ensure that Iraqi society does not collapse and degenerate into all out civil war.

Similar topics
» For more than three decades .. a new oil contract linking Russia and Iraq
» After decades of low water levels, two of Iraq’s popular lakes appear to be filling again.
»  Iraq achieves the highest daily export rate in decades in November
» Abdul Mahdi, referring to what happened a few days ago, "deprived of Iraq for decades"
» Iraq grants pensions to Egyptians who worked in government institutions decades ago