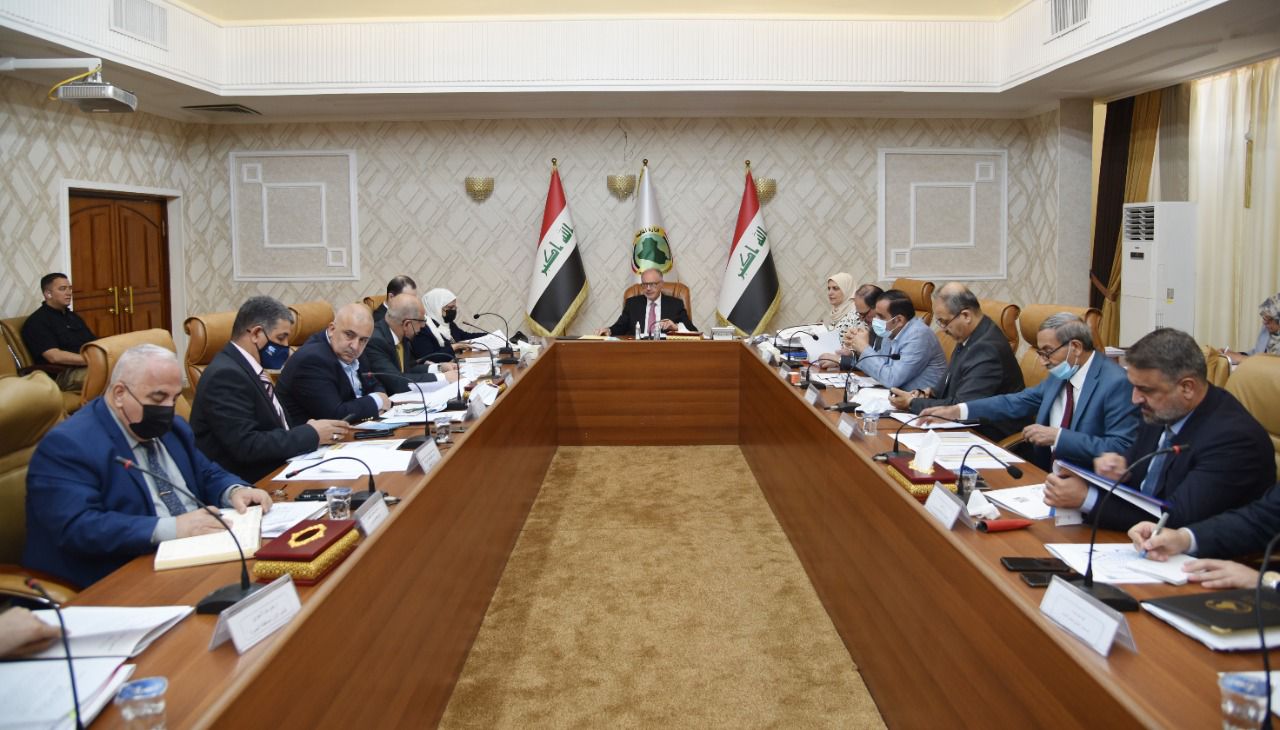 Shafaq News/ The Ministry of Finance confirmed its support of the pension fund in the country's budget for the year 2022.

Today, Minister of Finance Ali Abdul-Amir Allawi chaired the meeting of the twentieth session of the Committee for the Preparation of the Federal General Budget Strategy for the medium term 2022-2024.

A statement issued by the ministry said that the meeting discussed basic topics, including public debt.

The meeting also completed the study of the mechanism for applying the proposed budget model, and discussed ways to prepare and implement the federal budget for the next year, in line with the reform plan adopted by the Iraqi government, which aims to conclude a budget that depends on performance and productive programs, according to the statement.

In addition, the meeting discussed the allocations of the General Pension Agency within the next year's budget, while the attendees stressed their support for the pension fund.

For his part, Allawi emphasized the importance of preparing and implementing the budget bill, following the prepared strategic plans that support the reform plans, giving priority to strategic projects implemented through development loans.

Similar topics
» The parliamentary economy calls for checking the pension fund to avoid bankruptcy in 2022
» Al-Saffar: The 2022 budget bill did not reach Parliament
» The delay in approving the 2022 budget bill will not affect the employees' salaries, official says
» Where is the Iraqi people's budget for 2022
» big news