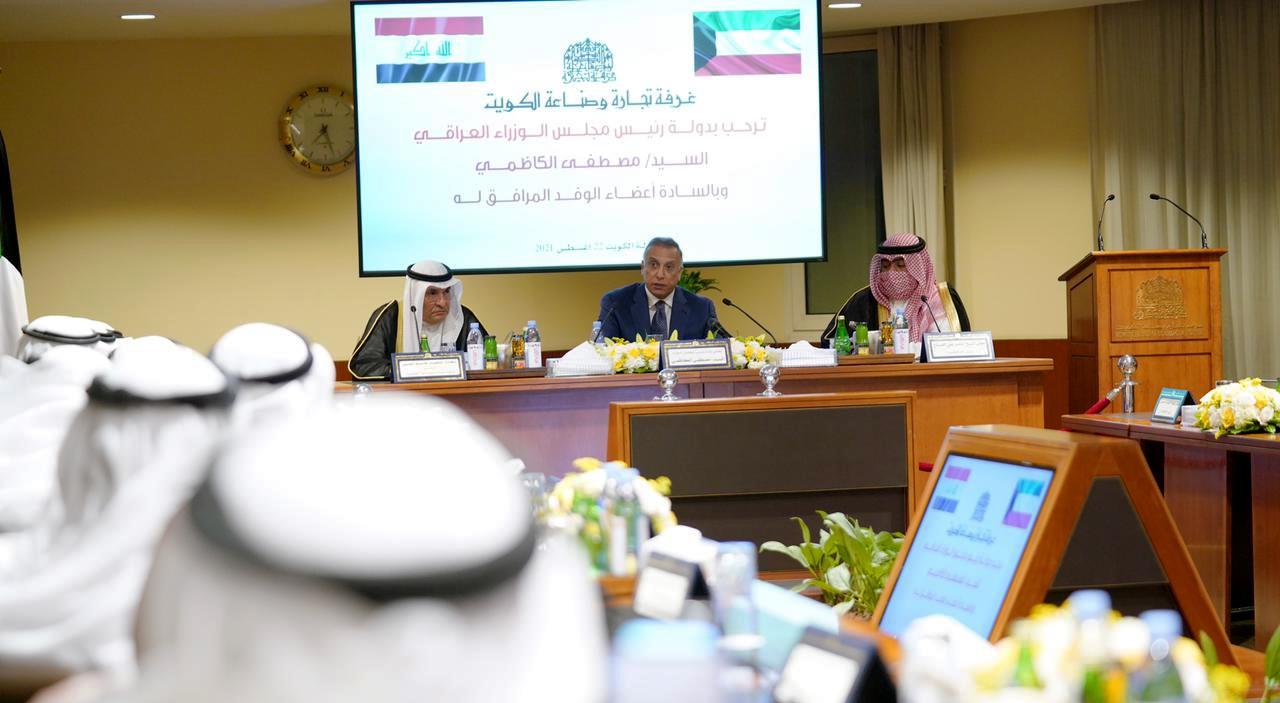 A statement by the Prime Minister's Media Office quoted him saying during his meeting with the Chairman of the Kuwaiti Chamber of Commerce and Industry, Muhammad Jassim Al-Saqr, and a group of business and industry men, that Iraq is striving to facilitate the procedures for intra-regional trade with Kuwait, and raise the volume of trade exchange.

Al-Kadhimi added, "We urge the Kuwaiti public and private sectors to invest in Iraq, as our country has promising investment opportunities."

He pointed out that fertile lands and abundant water are available in Iraq, which gives Kuwaiti investors an opportunity in the agricultural field, whether for government or private companies, in order to achieve food security and integration between Iraq and Kuwait."

"The Iraqi government worked to facilitate investment procedures, protect the rights of investors, provide all forms of support for the success of their business, and facilitate granting entry visas to Kuwaiti businessmen", noting that Iraq had previously signed an agreement to avoid double taxation with Kuwait in 2019".

Al-Kadhimi revealed a proposal to hold a conference or mutual workshops in Iraq and Kuwait, to review investment opportunities in Iraq in all sectors.

The Iraqi Prime Minister stressed that Iraq is looking forward to establishing a joint industrial and commercial zone with Kuwait to develop economic partnerships in this field.

"The Iraqi-Kuwaiti cooperation in the fields of oil and energy is of great interest to us, and we look forward to developing these relations by encouraging the Kuwaiti side to expedite the implementation of the related Gulf electrical interconnection works," the statement added.

Similar topics
» The Karbala government invites French companies to invest in it and prepare them with support and facilitation
» The Ambassador of the Republic of Iraq to the State of Kuwait meets with the Prime Minister and delivers him the invitation letter from his Iraqi counterpart
» Ministry of Industry invites companies and investors to work and investment in Iraq
» Foreign Minister addresses Iraq at the mini-ministerial meeting of the international coalition to defeat ISIS
» Support Iraq in anti-terrorism, French companies ready to invest in Iraq