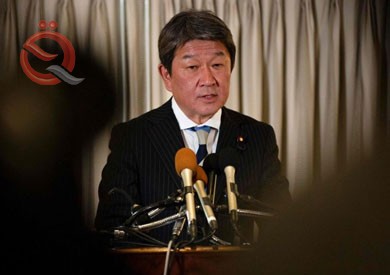 The Japanese Foreign Ministry announced, on Sunday, that Foreign Minister Toshimitsu Motegi assured his Iraqi counterpart Fouad Hussein that Tokyo will provide up to 32.7 billion yen (equivalent to 300 million dollars), in the form of low-interest loans, to Iraq, to ​​help implement the country's plan to modernize one of the Oil refineries.

Motegi pledged this during a surprise visit to Baghdad, the first since August 2006, the Japanese Foreign Ministry said in a statement carried by the (Japan Times) newspaper on its website.

The statement said that the financial assistance will be allocated to expand one of the main Iraqi refineries in the Basra Governorate in southern Iraq, as part of efforts to rebuild the national economy.

He added that the two sides also discussed regional issues, including the crisis in Afghanistan, as well as ways to expand trade relations between Japan and Iraq.