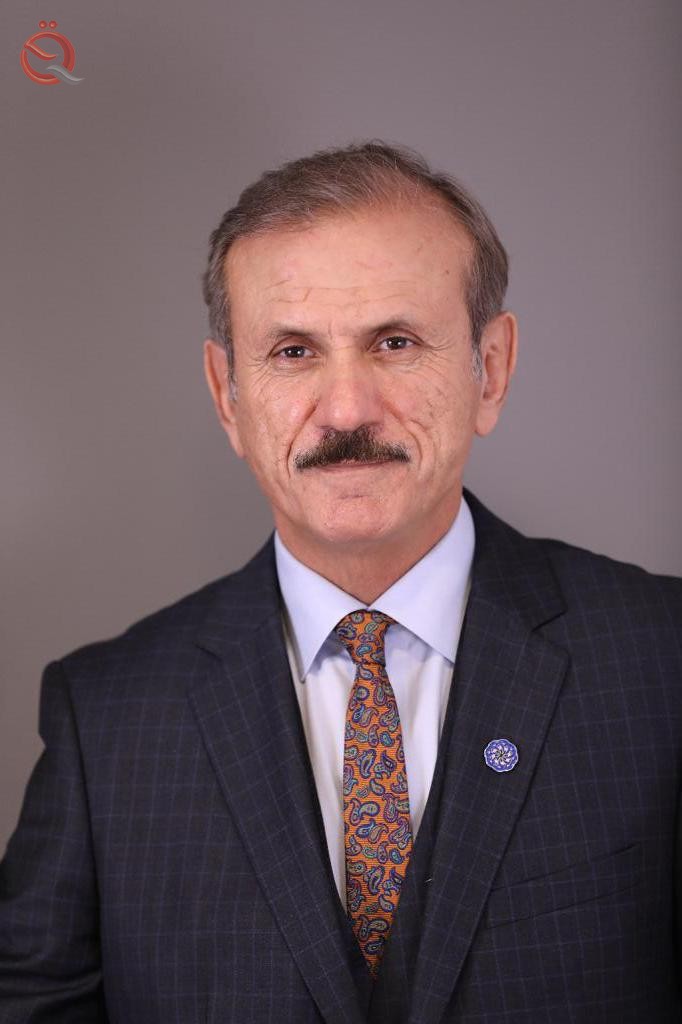 On the first of the current month of August, the pioneers of the men in the engineering department of the Association of Private Banks, along with their counterparts in the Baghdad Municipality, set out to start implementing the project within the specified time limit of 150 days.

The Association of Private Banks, as one of the sponsors of the project and the representative of the private banks financing it, was keen from the first moment and since the project was just an idea to actively contribute in all its stages of planning and implementation until its final stages.

Al-Mutanabbi Street can be described as "Baghdad's cultural icon and its cultural center", where the book trade of all kinds and fields flourishes, and on Fridays there are cultural festivals in which hundreds of artists, intellectuals, poets, writers, journalists, university professors and academics in various disciplines participate, while the street turns into a media platform during which television interviews are held. Journalism with creators in various aspects of intellectual, cultural and scientific life represents a rare opportunity to broadcast their concerns and preoccupations and present their products and summaries of their scientific, civilized and literary experiences.

The project, whose implementation is supervised by the Municipality of Baghdad in coordination and cooperation with the Association of Private Banks “the Engineering Department” within the framework of the “Tamkeen” initiative, includes several stages of completion with specific precise timings, and vigorous follow-up, foremost of which is the removal of floors and sidewalks from the beginning of the street to the site of the Al-Mutanabbi monument overlooking the Tigris River, and the implementation of A new sewage network, paving the street and sidewalks with basalt stones, and maintenance and rehabilitation of all buildings and gates that will be controlled by electric power.

The development stages also include the work of aluminum and glass facades, the implementation of a modern underground electricity network, the removal of random wires, the work of an advanced lighting system along the street and even the Al-Mutanabbi monument, as well as furnishing it with seating, manufacturing carts, simple kiosks, and modern kiosks for book sellers distributed on both sides of it.

And because Al-Mutanabbi Street is not an ordinary street, it needs clever engineering minds and keen entrants who know how to deal with heritage with great care and extensive knowledge, based on what this landmark represents of great importance and an influential role among intellectuals, academics and those interested in thought and heritage and the importance of the civilizational project. The Governor of the Central Bank was accompanied by Amin Baghdad and the Executive Director of the Association of Iraqi Banks to visit the work site recently to see closely the various development plans.

The Secretary-General of the Council of Ministers, Hamid Naim Al-Ghazi, also held a meeting with the President of the Association of Private Banks, Wadih Al-Handal, to discuss the mechanisms for implementing the project within the framework of the "Tamkeen" community initiative.

We eagerly look forward to the day when we celebrate the completion of the development project that will turn Al-Mutanabbi Street into a unique cultural, heritage and tourist edifice that tells the intellectual renaissance of Baghdad, and brings to mind its glorious history and its ancient glory, when it embraced the House of Wisdom, the beacon of thought that shone with its light on the world.

* President of the Association of Iraqi Private Banks

Similar topics
» UNESCO and ICCROM (The International Centre for the Study of the Preservation and Restoration of Cultural Property) sign an agreement on capacity building for the reconstruction of Mosul’s cultural heritage.
» Economic parliamentary calls for the central bank need to delete the zeros
» Maliki is the icon of corruption .. It is a logo and a cover for corrupt
» Nazem: The Pope's visit will bring economic and cultural benefits to Iraq
» Iraqi Business and Investment Forum - European Trade Cooperation