Finance Minister: The government has put the economic reality on the right track

Finance Minister: The government has put the economic reality on the right track 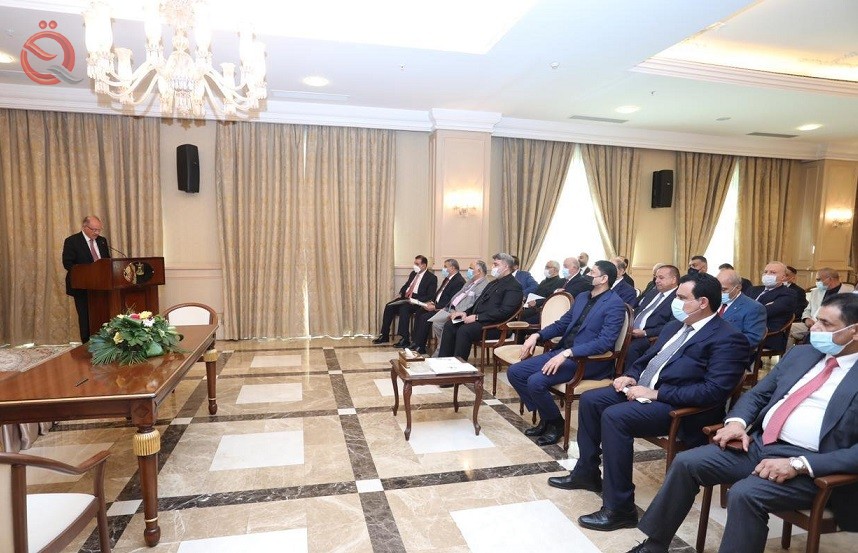 The head of the Iraqi-Saudi Coordination Council, Minister of Finance, Ali Abdul-Amir Allawi, confirmed that the Iraqi government has put the economic reality on the right track through the white paper.

Allawi said during the (Iraqi-Saudi Joint Business Council) in a statement of the General Secretariat of the Council of Ministers received by "Al-Iqtisad News", that "the Iraqi government aimed, through the white paper, to put the economic reality on a path that allows the state to take appropriate steps to develop it into a dynamic economy." Diverse, creating real opportunities for a decent life for citizens.

He added, "The council aims to support and strengthen economic relations, and increase the volume of business between the Republic of Iraq and the Kingdom of Saudi Arabia, and based on the desire and need of both sides, the Joint Businessmen Council was formed, which will ensure the growth of existing cooperation and increase interaction between representatives of the economic business sector, in order to Activating the volume of commercial, industrial and investment transactions.

For his part, the National Coordinator of the Council, Secretary-General of the Council of Ministers, Hamid Naim Al-Ghazi, explained that "the Iraqi government has adopted a policy of opening prospects for cooperation in the Arab and international environments, in all fields, and has placed it among its priorities in its ministerial program, in order to advance the economic reality. The commercial, industrial and agricultural sectors of Iraq.

The agenda of the Council witnessed a democratic practice of electing a president and two deputies to the Business Council, as well as a presentation and discussion of the projects proposed by the members of the Council.