Al-Obaidi: Kurdistan’s revenues from the customs tariff amount to a minimum of $1.4 billion

Al-Obaidi: Kurdistan’s revenues from the customs tariff amount to a minimum of $1.4 billion 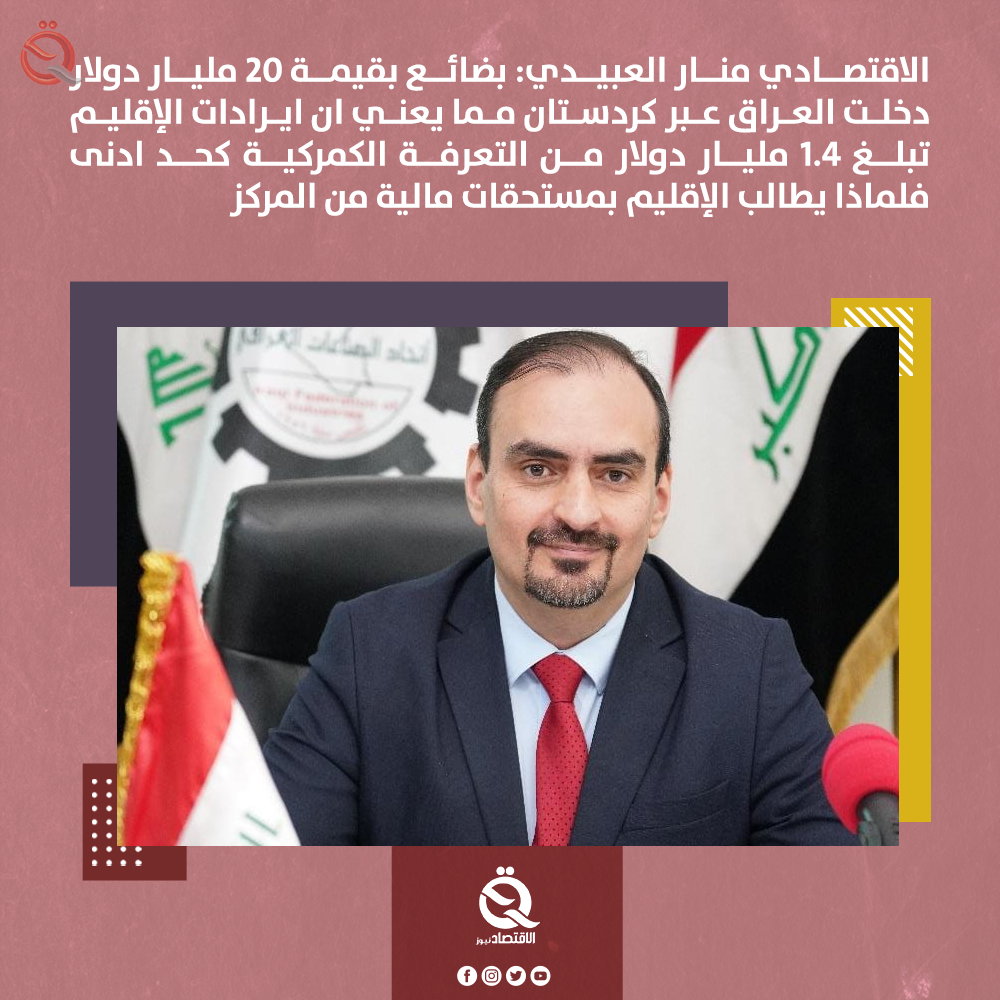 The economic expert, Manar Al-Obaidi, announced that the revenues of the Kurdistan region from the customs tariff amount to 1.4 billion dollars as a minimum.

Al-Obaidi said, in his speech to "Al-Iqtisad News", that "according to the report of the countries' exports, the volume of exports to Iraq from five countries only amounts to 33 billion dollars," noting that "what was mentioned in the report on imports issued by the Iraqi authorities are from these countries only." $ 6 billion "

He added that "comment from the Ministry of Planning, most of these differences arising from the entry of most of the goods belonging to the territory of ports Kurdistan ie that ports the region reached the total goods entering through up to $ 20 billion , If the customs tariff rate is 7% as less probability of the import customs tariff Through the Kurdistan region, at least 1.4 billion dollars. "

Al-Obaidi wondered why the region demands its dues from the center, while it does not give the center's government any data on the border crossings and the amount of customs value collected.

Similar topics
» Customs set February 17 as the date for the consolidation of customs duties at all ports
» International Monetary Fund: The tariff rate in force in Iraq is 1% and its revenues from customs are less than 600 million dollars
» Kurdistan agree to the application of the customs tariff of the Federal
» 400 billion dinars customs revenues
» Tripoli Customs records revenues of more than one billion dinars