Al-Rafidain Center for Dialogue, in cooperation with the Association of Banks, organizes a symposium to qualify the leaders of digital transformation in Iraq

Al-Rafidain Center for Dialogue, in cooperation with the Association of Banks, organizes a symposium to qualify the leaders of digital transformation in Iraq 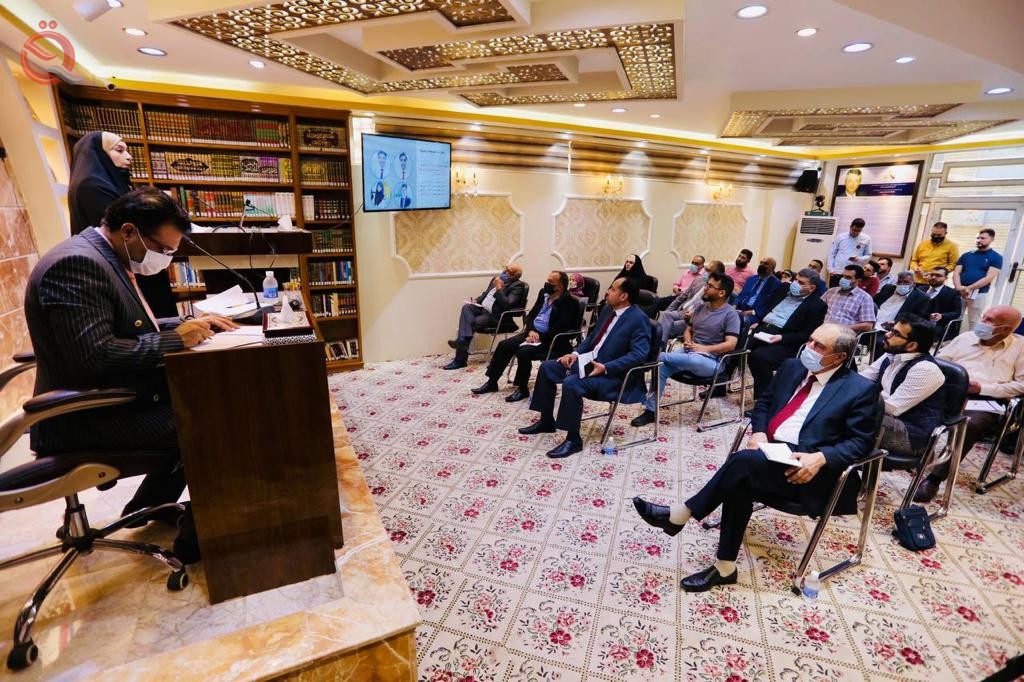 Part of the workshop for leaders of digital transformation in Iraq, which was held in Najaf Governorate. "Al-Iqtisad News"

Economy News - Baghdad Al- Rafidain Center for Dialogue organized, in cooperation with the Association of Iraqi Private Banks, in Najaf Governorate, a symposium "Qualifying the Leaders of Digital Transformation in Iraq", in the presence of a number of elites and specialists.

During the symposium, the advisor of the Association of Private Banks, Sherwan Anwar Mustafa, gave his speech, which focused on the measures taken by the Central Bank and the government towards the transition to electronic payment, which will contribute to facilitating the business environment and removing the existing complications.

Mustafa confirmed that the Central Bank launched an initiative called Tamweel to support young people and all those wishing to establish projects, through soft loans and very appropriate interest rates.

Youssef Al-Awsi, coordinator of the project to qualify digital transformation leaders in Iraq, presented the most prominent stages that he achieved, and one of the distinguished paragraphs was the participation of the young talented student Haura Salam Bayan (14), who was reported by the media about her obtaining and

participating in the Digital Transformation Leaders Qualification Program, with up to 1200 participants. From the damage levels, including university students, in approximately 7,500 courses in various disciplines, and the equivalent of approximately 11,000 training hours