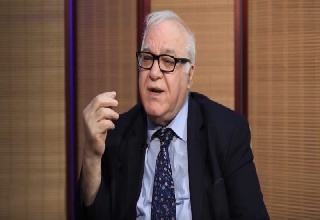 The Parliamentary Finance Committee revealed a map of the exchange of financial differences resulting from the high selling prices of oil, noting the absence of a supplementary budget in the House of Representatives.

Committee member Jamal Cougar said, in a statement reported by "Al-Mada" and seen by "Economy News", that "the differences in the price of a barrel of oil from the 2021 budget, which it set at $45, go to four chapters."

He added that "one of these doors is to bridge the real deficit in the fiscal budget for the current year."

And regarding the existence of a supplementary financial budget, Cougar pointed out that "Parliament has not yet received any bill related to the supplementary budget."

He continued, "There are many factors in order to present a supplementary budget, the most important of which is if there are large differences between the estimated resources in the budget and the real budget, and this does not exist."

Similar topics
» Parliamentary Finance determines the fate of the deficit and hints at a surplus in the 2021 budget
»  Parliamentary committee determines options to address financial distress
» Deputy for the National Approach: The surplus from oil revenues covers the expected surplus from raising the price of the dollar
» Chairman of the Parliamentary Agriculture Committee: Securing the border crossings is a sure guarantee for the export of surplus national products
» A parliamentary committee investigating the disappearance of 8 trillion dinars for financial non-oil revenues