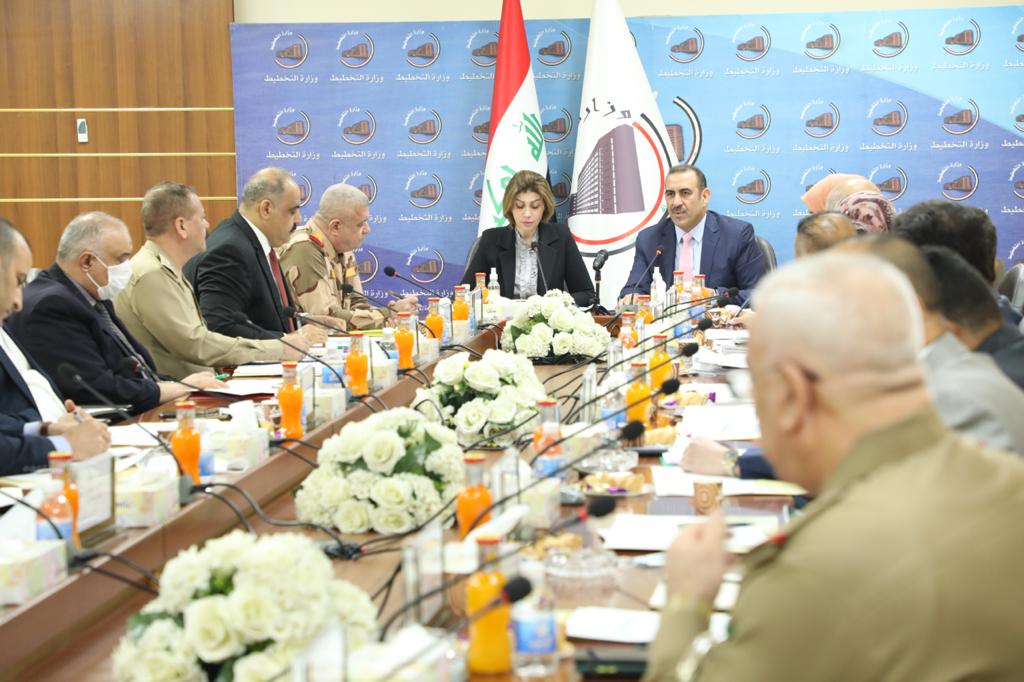 Shafaq News/ The Ministry of Planning hosted today the second meeting to follow up on the implementation of the national plan to end the displacement file in Iraq.

The Minister of Planning, Khaled Batal Al-Najm, said during the meeting that the national plan to end the displacement file is a priority for the government, and there are "great" efforts made by the Ministry of Migration and Displacement to implement it.

He pointed out that the plan needs 34 trillion dinars to be fully implemented, adding, "we are now working on convening an international conference for donor countries, to obtain international support for the Iraqi government to end this file, in light of the difficulty of providing the required funds."

The minister revealed establishing a special fund to finance the voluntary return of displaced persons to their areas, and address all problems in this file, noting that 25 billion Iraqi dinars have been already allocated to this fund, which will be within the Ministry of Planning, as a first stage.

As by al-Najm, the implementation of the national plan to end the displacement file will be following spatial and sectoral criteria, and the fund established for this purpose will undertake all project procedures.

For her part, the Minister of Migration and Displacement, Evan Faeq Jabro, who attended the meeting, confirmed that the ministry is making great efforts to proceed with the implementation of the plan, commending the "great" cooperation with the Ministry of Planning, the United Nations organizations, and other sectoral bodies in this field.

In October, the federal government announced a plan to close the displacement camps in the country through three phases, the last of which is in the Kurdistan Region.

However, international organizations have warned of proceeding with the plan without giving fair deadlines.