Report: Israel in contact with most Arab countries, including Iraq

Report: Israel in contact with most Arab countries, including Iraq 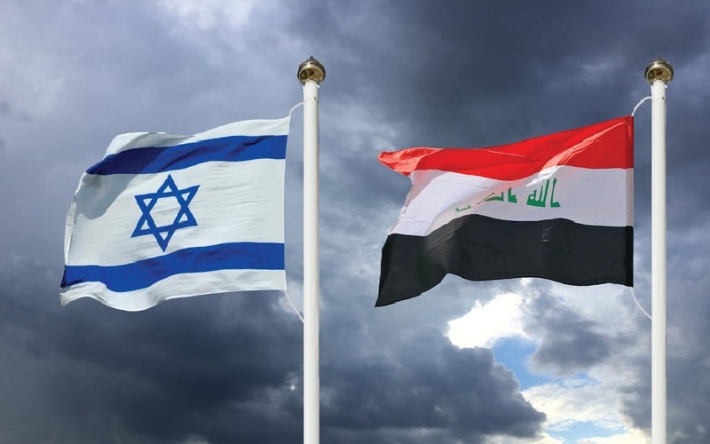 Shafaq News / The Foreign Ministry maintains some form of contact with almost all Arab countries, including ones officially designated as “enemy states” like Iraq, a senior Foreign Ministry official said Tuesday.

While he clarified that this list of covert contacts does not include Lebanon, Syria, and Yemen, it does extend to Baghdad.

In 2019, Iraqi ambassador in Washington Fareed Yasseen said, “There are objective reasons that may call for the establishment of relations between Iraq and Israel,” speaking in Arabic at an event entitled “How Iraq Is Dealing with the Current Regional and International Developments” at the Al-Hewar Center for Arab Culture and Dialogue in Washington.

He noted that there is an important Iraqi community in Israel and they are still proud of their Iraqi attributes. “At their weddings, there is Iraqi culture of celebration. At their weddings, there are Iraqi songs,” the veteran diplomat, who has served in DC since November 2016, went on. Yasseen also noted “outstanding” Israeli technologies in the fields of water management and agriculture.

“But the objective reasons are not enough,” he added, stressing that there are “emotional and other reasons” that make open communication between Jerusalem and Baghdad impossible.

Though he faced backlash from other Iraqi officials, Yasseen was not recalled.

Israel supported Kurdish rebels in northern Iraq, bombed the Osirak nuclear reactor in 1981, and is reported to occasionally strike Iranian proxies inside of Iraq.

Similar topics
» ARAB MONETARY FUND LAUNCHES THE SEPTEMBER EDITION OF THE ARAB ECONOMIC PROSPECTS REPORT, INCLUDING AN UPDATE ON THE GROWTH AND INFLATION EXPECTATIONS IN THE ARAB COUNTRIES FOR 2019 AND 2020
» ARAB MONETARY FUND ISSUES ANNUAL REPORT ON FINANCIAL STABILITY IN ARAB COUNTRIES FOR 2018
» The Arab Monetary Fund issues the regulatory guide on modern financial technologies
» International Monetary Fund: We are ready to support Iraq
» Foreign Minister Fuad Hussein: Iraq supports any Arab initiative that aims to serve our Arab societies and consolidate joint Arab action for a brighter future for our Arab countries