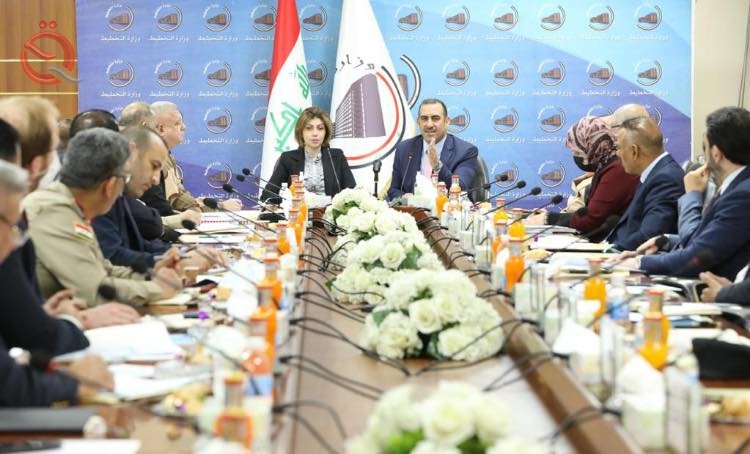 The Ministry of Planning announced, on Thursday, that the national plan to end the displacement file needs 34 trillion dinars, stressing the work to hold an international donors' conference to implement it.

The ministry said in a statement seen by "Al-Iqtisad News", that "the follow-up committee for the implementation of the national plan to end the displacement file, held its second meeting at the Ministry of Planning in the presence of the Ministers of Planning, Migration and Displaced."

The statement added that "the Minister of Planning, Dr. Khaled Batal Al-Najm, confirmed, during the meeting in which the Minister of Migration and Displacement, Evan Faeq Jabro, participated, that the national plan to end the displacement file is a first priority for the government, and there are great efforts made by the Ministry of Migration and Displacement to implement what was stated in the The plan after its approval by the Council of Ministers," noting that "the plan needs 34 trillion dinars to fully implement it."

He added, "We are now working on convening an international conference for donor countries, to obtain international support for the Iraqi government's efforts to end this file, in light of the difficulty of providing the required funds for that."

The Minister revealed, “The establishment of a special fund to finance the projects of the voluntary return of the displaced to their areas, and to address all the problems in this file, and 25 billion Iraqi dinars have been allocated to this fund, which will be within the Ministry of Planning, as a first stage,” stressing that “the implementation of projects The national plan to end the displacement file will be in accordance with spatial and sectoral criteria, and the fund established for this purpose will undertake all project procedures.

For her part, the Minister of Migration and Displacement, Evan Faeq Jabro, confirmed that the ministry is making great efforts to proceed with the implementation of the plan for the return of the displaced, and there is great cooperation with the Ministry of Planning and other sectoral bodies in this field, speaking of constructive cooperation with United Nations organizations regarding It is related to the implementation of the plan according to its timetables.

During the meeting, the issues on the agenda were discussed, and the necessary measures, decisions and recommendations were taken in their regard. The meeting was attended by representatives of ministries and relevant authorities. As well as representatives of the German Development Agency (GIZ).

Similar topics
» The Minister of Planning announces the launch of the National Youth Employment Project
» Dr. Nuri al-Dulaimi: The strategy of the Ministry of Planning will end the file of displacement during 2019
» Iraq needs 34 trillion dinars to end displacement in Iraq, minister says
» Labor and Displacement Parliament hosts the Director General of the Planning Department in the Ministry of Immigration and Displacement
» Planning: The value of GDP for the first half of 2018 amounted to 125 trillion dinars