Iran: Arab countries have started our commercial competition in Iraq

Iran: Arab countries have started our commercial competition in Iraq 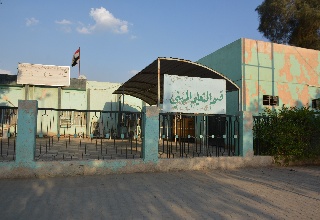 The economic advisor to Iran in Iraq, Abdul Amir Rabihawi, said that Iran's commercial competitors in the Iraqi market are constantly increasing .

Rabihawi said in a meeting with businessmen in Kermanshan province via the Internet, according to what the official Iranian news agency "IRNA" reported today, Thursday, that in the past, Turkey and China were only Iran's commercial competitors in Iraq, but now the Arab countries in the region, such as the UAE, Saudi Arabia and Jordan , joined Iran's competitors in the Iraqi market .

He added that setting restrictive laws and the willingness of Iraqi decision makers to cooperate with Arab countries in the region are among the factors that enhance competition in the Iraqi market .

The Iranian economic advisor said that the Iraqi market today is completely different from 2003, adding that in the early years when we resumed trade with Iraq, the country was in dire need of Iranian goods .

Rabehawi stressed the need for direct transportation from Khosravi and Mahran crossings to Iraqi territory, saying that Iraq chose these two ports for goods transit, and at the end of this month, rules and controls for crossing across these borders will be implemented .

He stressed the need to import goods from Iraq to find a balance in the balance of trade exchange between the two countries, noting that the trade balance with Iraq now amounts to 9 billion dollars in favor of exports.

Similar topics
» The Philippines is preparing to evacuate 2.3 million of its citizens working in Iraq, Iran and neighboring Arab countries
» Foreign Minister Fuad Hussein: Iraq supports any Arab initiative that aims to serve our Arab societies and consolidate joint Arab action for a brighter future for our Arab countries
» Iraq participates in the Buna platform for inter-Arab payments
» THE ARAB MONETARY FUND ORGANIZES THE TWELFTH "REMOTE" WORKSHOP TO PLACE BANKS ON THE "BENI" PLATFORM
» THE CENTRAL BANK OF JORDAN AND THE ARAB MONETARY FUND ANNOUNCE THE COMPLETION OF THE INCLUSION OF THE JORDANIAN DINAR IN THE BUNA PLATFORM FOR ARAB PAYMENTS