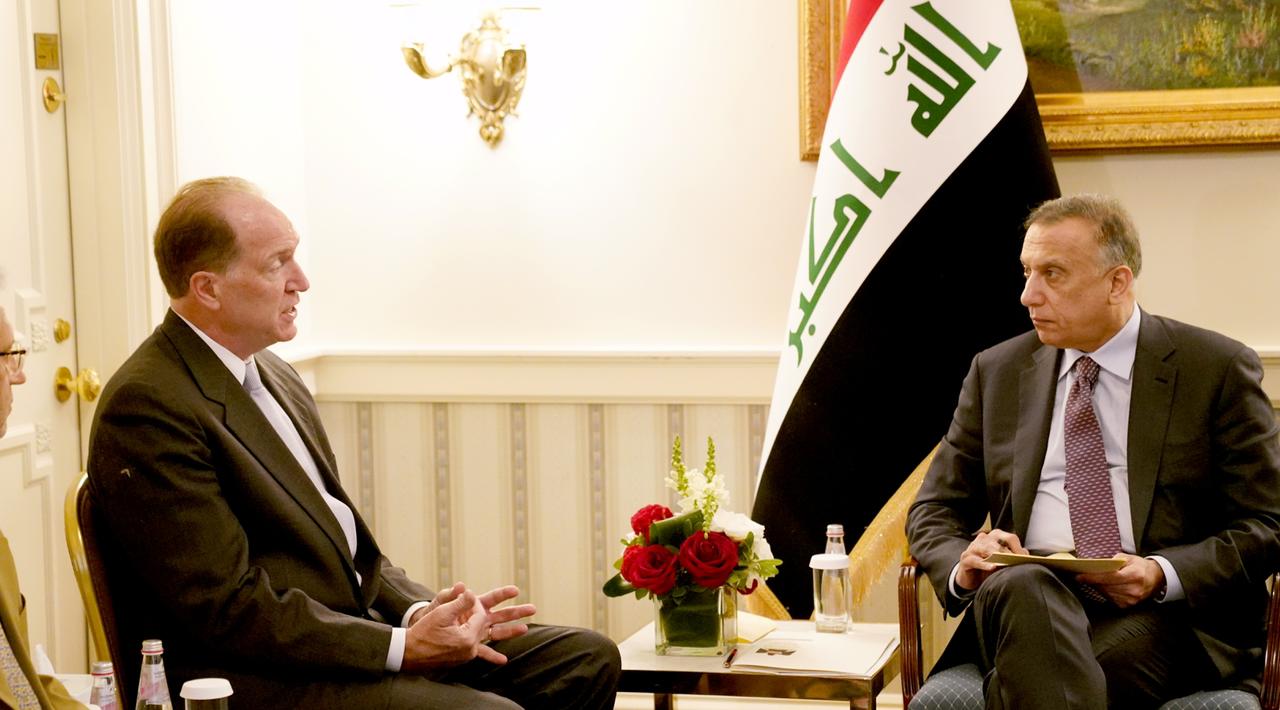 Al-Kadhimi's office said in a statement, "The Prime Minister met at his residence in Washington Malpass and his accompanying delegation, and during the meeting, they discussed cooperation in various fields, attributing the Iraqi government's efforts in administrative reform and combating corruption, enhancing Iraqi institutions' performance, reform in the public sector, and banking sector reform efforts."

The statement indicated that al-Kadhimi reviewed with the President of the World Bank ways of supporting the Iraqi government's plans in housing projects and encouraging American companies to invest in this sector.

The Prime Minister stressed, according to the statement, the importance of developing cooperation with the World Bank and ways to develop it, and urged to expedite the disbursement of more than one billion dollars, available as loans to the World Bank, to support the government in projects ready for implementation in Iraq."