Iran to hold five exclusive exhibitions in Iraq by March 2022

Iran to hold five exclusive exhibitions in Iraq by March 2022 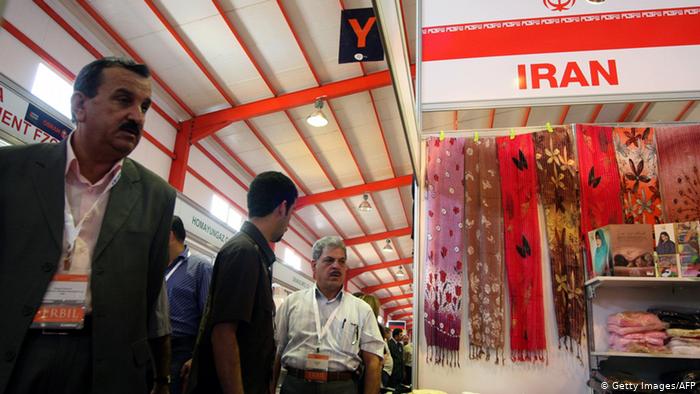 Shafaq News/ Director-General of Iranian Trade Promotion Organization (TPO)’s Office of Arabian and African Countries has said the country plans to hold at least five exclusive exhibitions in Iraq during the current Iranian calendar year (ends in late March 2022), according to the Tehran Times.

TPO's Director-general, Farzad Piltan, said that thre office plans to make the necessary preparations for the participation of Iranian companies in more than 15 international exhibitions that are scheduled to be held in Iraq in the current year.

“According to the plans of the Trade Promotion Organization for introducing Iranian products and also the country’s capabilities in technical engineering services to the markets of the neighboring countries, the presence of the country in the form of national pavilions in three Iraqi international exhibitions is on the agenda for the coming months,” Piltan told ILNA on Sunday.

International Trade Exhibition for Construction Technology, Building Materials and Equipment (Project Iraq), and Sulaymaniyah International Agriculture and Food Industry Fair are among the exhibitions in which Iranian exhibitors will be participating, the official said.

Iran and Iraq have been taking serious measures for boosting all-out ties between the two countries and as a major exporter to the Iraqi market, Iran has played a significant role in meeting the needs of its Arab neighbor.

Similar topics
» Hakim calls for Iran, Turkey and Saudi Arabia to hold a meeting supports Iraq against "terrorism"
» Iraqi exhibitions are studying the possibility of Iraq's participation in Expo 2025
» Trade confirms that it has proceeded with the procedures for Iraq's accession to the International Bureau of Exhibitions
» Iran pushes Iraq to maintain trade without US dollar Read more: http://www.al-monitor.com/pulse/originals/2019/01/iran-iraq-dinar-riyal-economy-us-sanctions.html#ixzz5bqB8WSxy
» THE ARAB MONETARY FUND BOARD OF DIRECTORS INTENDS TO HOLD ITS 124TH MEETING ON THURSDAY, MARCH 12, 2020