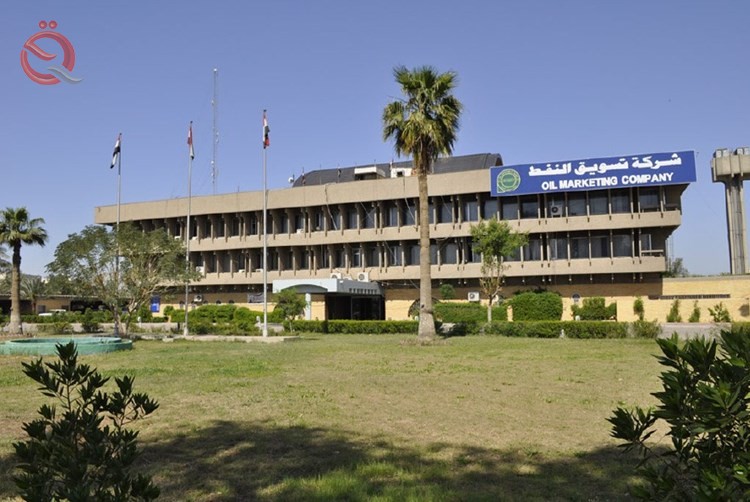 The National Oil Marketing Company "SOMO", on Monday, counted the total revenues and exports of crude oil during the first half of this year, and while it revealed the region's directly exported oil revenues, it determined the mechanism for selecting international companies purchasing Iraqi crude oil and the approved terms.

The Associate Director General of the Oil Marketing Company for Crude Oil and Gas Affairs, Ali Nizar Faeq, said in an interview with the Iraqi News Agency and followed by "Economy News", We would like to show some information about the quantities exported of Iraqi crude oil by the federal government represented by the Oil Marketing Company and from the Kurdistan Region sales from Crude oil for the period from the beginning of the current year 2021 until the end of last June.

He added, "The sales of Iraqi crude oil from the southern ports of Basra light, medium and heavy oil, as well as from the northern port of Kirkuk crude oil exported by the Oil Marketing Company through the Turkish port of Ceyhan, achieved a total of 33 billion dollars, and a monthly rate of about 5 billion and 500 million dollars." American," noting that "the rate of sales was volatile and about an increase, and it was a total of about 528 million barrels until the end of last June."

He pointed out that "sales from the Kurdistan region, which are outside the exports of the Oil Marketing Company, when directly sourced by the region, amounted to about 77 million barrels, while its total revenues, if calculated at the export price of a barrel of Kirkuk crude oil by the Oil Marketing Company, would be Therefore, the total revenue achieved until the end of last June was about 4 billion and 800 million US dollars.

With regard to the approved and standardized mechanisms of the Oil Marketing Company to invite companies to purchase Iraqi crude oil, Faeq said, “The mechanism is known to all international companies and is unified as well. In different markets and regions of the world with the application of financial and global suitability standards and the ability to withstand various market fluctuations.

He pointed out that "the oil marketing company focuses on the basic principles of marketing, which is the export of the entire quantities available for export with the highest possible return, and this prompts the marketing company to look at the markets with a differentiation as all other countries producing and exporting crude oil," noting that "most of the oil exports Iraqi crude is heading to the promising Asian market, which is witnessing a growth in the energies of liquidation and consumption of crude oil, despite all the conditions that are afflicting the world, but this market remains the focus of attention and the kiss of crude oils produced and exported from the region, which major countries and international companies compete for, including Iraq .

He pointed out that "China comes first, and this is a natural matter in light of the increasing and growing energies of liquidation in this country and the arrival of demand in it to the highest limits, which began to compete in its demand, the United States of America, and in the second place is India, which Iraq is still proud of Crude oil exporters to this country despite the strong competition it faces from neighboring crude oil-producing countries.

He continued: "And what we also expect from the return of some oils that were outside the main official market, such as Iranian crude oil, but we still rank first in our exports to the second largest market in Asia, which is the Indian market," noting that "the European market comes in second place after the markets." The Asian market, and then the American market.

He stressed that the oil marketing company is keen to maintain a foothold and market share in these two markets and not Nkhsarhama under the consideration of a strategy to market alternative as opportunities in the event of any of these exposed markets to financial setbacks , or economic or even political or geopolitical. "

He pointed out that" The Oil Marketing Company continues to achieve successive successes by exporting the entire quantities available for export at the highest possible prices.