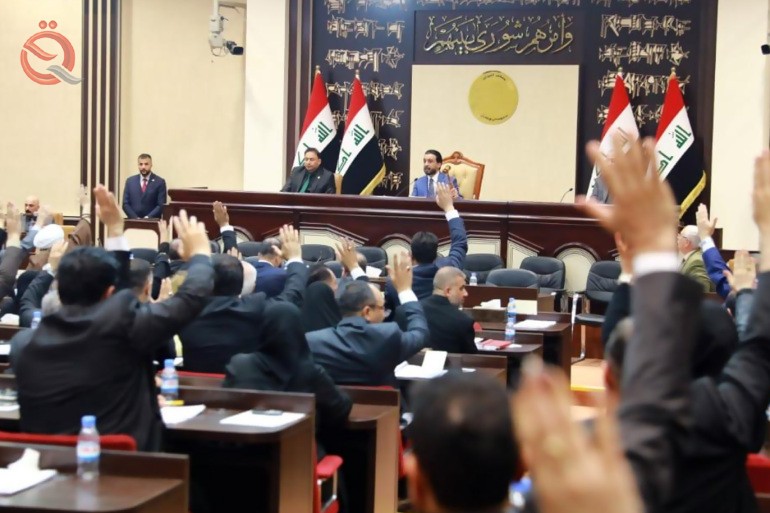 The Parliamentary Finance Committee revealed 3 reasons that led to the disruption of the implementation of the federal budget for the current year 2021.

Committee member Muhammad Al-Shabki said that "three financial, technical and political reasons led to the disruption of the implementation of the current year's budget."

Regarding the financial reason, he indicated that “the government went to appeal with 10 articles at the beginning of approving the budget,” noting that “according to the Financial Management Law, the article that is being challenged does not stop its implementation until the Federal Court’s decision is issued, and the government should not delay implementation. under the pretext of appeal."

Regarding the contested articles, Al-Shabki explains that “the government stated that it is not within the parliament’s authority to propose an increase and add articles to the budget, including the issue of increasing the prices of agricultural crops for the agricultural season by more than 50 thousand, as well as an article related to the Federal Service Council, but the government approved the work With this article later, in addition to the issue of petrodollars for the gas and oil-producing governorates,” noting that “all these articles were challenged by the government.”

With regard to the second reason, Al-Shabki explains that "it is represented by the routine procedures between the governorates and the concerned ministries, such as planning and finance, which led to a delay in discussing a plan or launching funding from the Ministry of Finance."

As for the last reason, Al-Shabki believes that it is related to “the ministries and governorates not ratifying or discussing their budgets and approving them by planning and releasing their allocations by the finance,” referring to the possibility of “deliberate” by some governorates for not approving their plan with the Ministry of Planning and thus releasing funds. And the implementation of the financial plan, due to some political problems.

Similar topics
» Deputy for Nineveh: Corruption and lack of control delayed the implementation of projects in Mosul
» Parliamentary Finance: Voting on the budget in the absence of the Kurds is very likely
»  A deputy from Diyala leads parliamentary efforts to allocate an independent budget for intelligence in the 2021 budget
» Deputy sued Adel Abdul Mahdi and reveals the reasons
» The Presidency of Parliament meets tomorrow to discuss the implementation of the 2021 budget