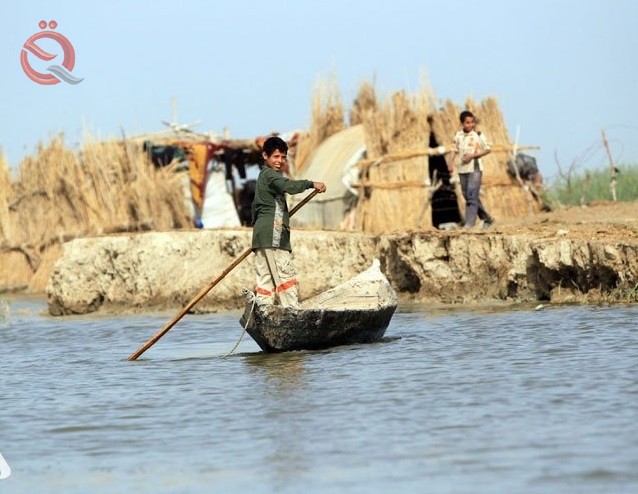 Today, Thursday, the Center for the Revitalization of Marshes and Wetlands in Basra Governorate announced the initiation of a plan to confront drought and restore the marshes, indicating that the plan included 5 important measures.

The director of the center, Jamil Sultan Badr, said in an interview with the Iraqi News Agency, and followed by "Economy News", that "the center prepared a plan to revive the reality of the marshes and treat drought, as it focuses on purifying and improving water, not in general, but in some places in the marshes of the province," noting that "the plan was direct." In which".

Badr added, "Our plan includes a large purification of the marshes' water, maintenance of the regulators, and the installation of floating pumps on the public estuary to withdraw salt water in Shafi," noting that "at the same time, we cut off the salty water that reaches Shafi to improve the water."

He stressed, "The center will continue this plan to include larger areas," noting that "the aim is to revive the reality of the marshes in the governorate and to treat the widespread drought in them."

And water and agriculture specialists warned during a conference held on June 13, in Maysan Governorate, of the danger of increased migration of farmers from the countryside to the city as a result of water scarcity in the villages of the province.

Similar topics
» Iraq exposes "drought plan" coming from Iran
» The rising salinity of Shatt al-Arab exacerbates the drought crisis in Basra
» Al-Nusairi: He calls on the parliament to assume its constitutional responsibility and proposes a pre-emptive plan to confront the economy and the epidemic
» 2019 TRAINING CENTER PLAN
» Planning announces the completion of a plan for government reform and recovery for the next two years