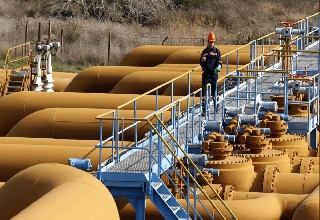 Oil prices fell during Monday's trading, after "OPEC" and allies managed to reach an agreement on production and end the division that occurred during the past weeks .

According to the agreement, “OPEC +” production will be increased by 400,000 barrels per day on a monthly basis, starting in August, provided that market developments and the performance of the participating countries will be evaluated in December .

Similar topics
» OPEC oil price rises as US production drops sharply as hurricanes bite
» Close to agreement between OPEC and exporters
» OPEC: We may extend the cut-off agreement for another three months
» Oil falls due to disappointment in OPEC agreement
»  Iraq does not want any agreement to reduce OPEC production