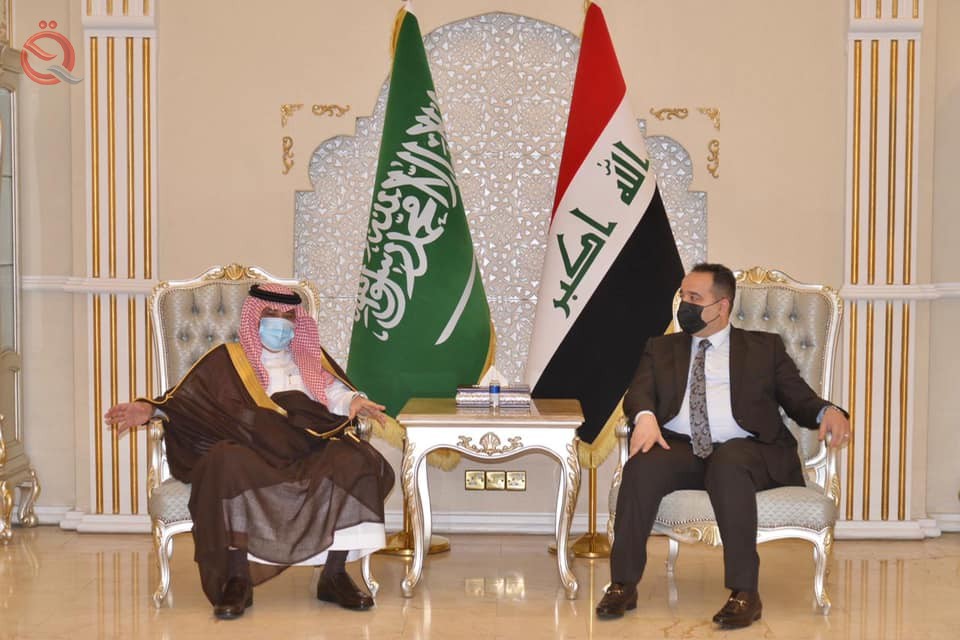 The Minister of Commerce, Alaa Al-Jubouri, stressed, on Monday, during a meeting with his counterpart the Saudi Minister of Trade and Investment, Majid Al-Qasabi, in Baghdad, the importance of the participation of Saudi companies in the investment process in Iraq.

The official spokesman for the ministry, Muhammad Hanoun, said, in a statement seen by "Al-Iqtisad News", that "the Minister of Commerce, Alaa Al-Jubouri, received this morning his Saudi counterpart, Majid Al-Qasabi, and his accompanying delegation at Baghdad International Airport," noting that "the two parties discussed ways to enhance trade and economic relations between the two countries." Baghdad and Riyadh, and the need for Saudi companies to participate in the investment process inside Iraq.

He added, "Al-Jubouri stressed the necessity of exchanging investment between the two countries, and also called for the participation of Saudi companies in the Trade Opportunities Fair, which will be held on the land of the Baghdad International Fair at a later time."

For his part, the Saudi Minister of Commerce and Investment, Majed Al-Qasabi, expressed his happiness with the visit he is making to Iraq in the current circumstance, praising Iraq's "positions at the regional level."

Al-Qasabi added that his country "striving to develop the level of relations with Iraq at all levels, especially in the commercial and economic field," stressing "the Kingdom's support for Iraq, and it is urging steps to develop its economy and restore the country's infrastructure."