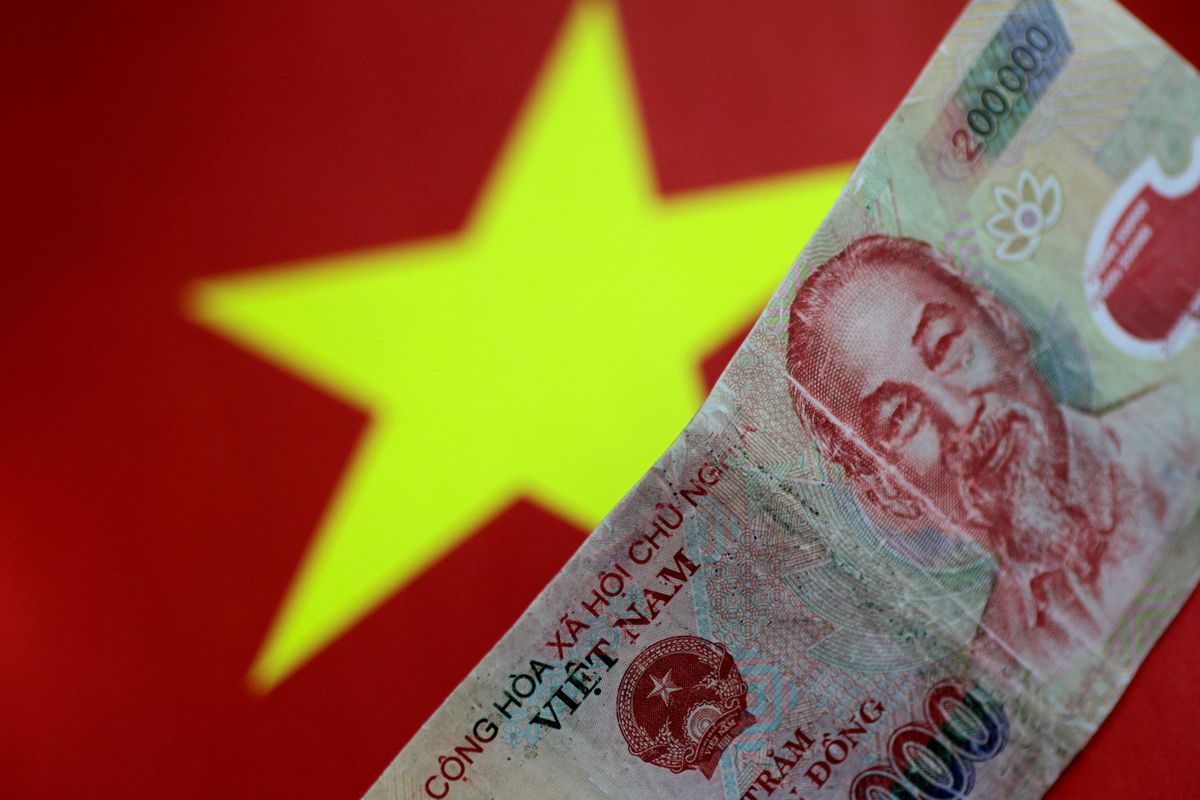 A Vietnam Dong note is seen in this illustration photo May 31, 2017. REUTERS/Thomas White/Illustration/File Photo

WASHINGTON, July 19 (Reuters) - The United States and Vietnam have reached an agreement on currency practices, with Vietnam's central bank pledging to refrain from any competitive devaluation of its dong currency, the U.S. Treasury said on Monday.

The agreement comes after months of U.S. pressure on Vietnam over its currency practices, including a threat by the U.S. Trade Representative's office to impose punitive tariffs on imports from Vietnam.

The Treasury said Vietnam confirmed its commitment under International Monetary Fund rules "to avoid manipulating its exchange rate in order to prevent effective balance of payments adjustment or to gain an unfair competitive advantage and will refrain from any competitive devaluation of the Vietnamese dong."

The Treasury said it would inform other U.S. government agencies about the agreement, which also calls for the State Bank of Vietnam to "improve exchange rate flexibility over time," allowing the dong to move in line with the development of the country's markets and economic fundamentals.

The Treasury in April removed a "currency manipulator" label from Vietnam, although the country, along with Taiwan and Switzerland, had tripped its thresholds for the designation under a 2015 law. read more

The department at the time said it would commence "enhanced engagement" with Hanoi to correct the situation, which led Vietnam's foreign currency intervention and global current account surplus to exceed 2% of its GDP.

Page 1 of 1
Permissions in this forum:
You can reply to topics in this forum
Who is online?
In total there are 60 users online :: 0 Registered, 0 Hidden and 60 Guests :: 3 Bots