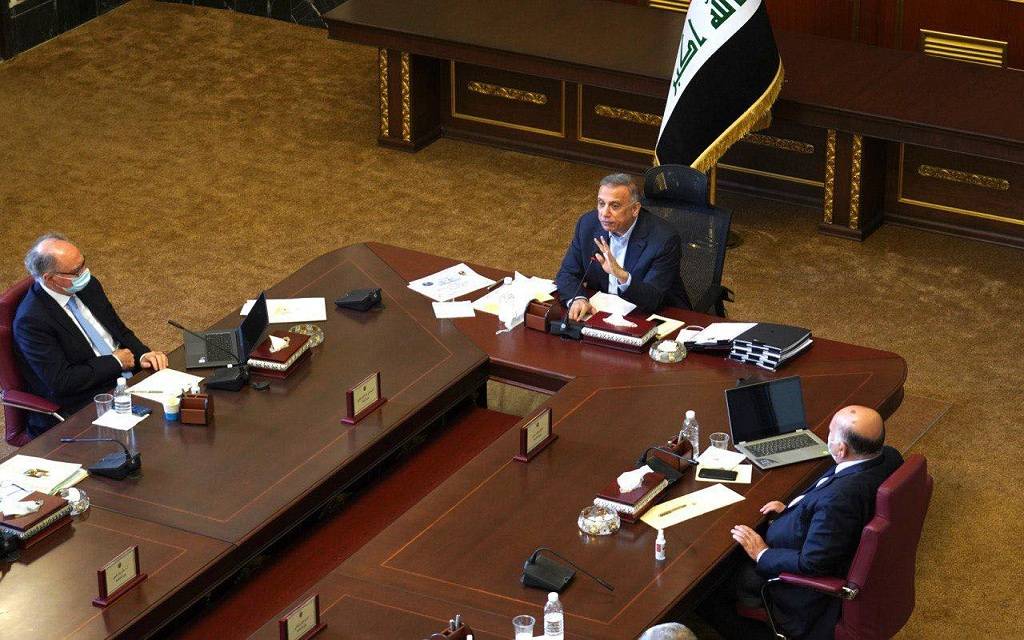 Psaki said that Al-Kazemi's visit will shed light on the strategic partnership between the United States and Iraq and the strengthening of bilateral cooperation in the strategic framework agreement, according to the Iraq News Agency, "conscious."


She noted that the visit will also focus on key areas of mutual interest, including through education, health, culture, energy and climate initiatives.


She indicated that President Biden looks forward to strengthening bilateral cooperation with Iraq on political, economic and security issues to include joint efforts to ensure the lasting defeat of ISIS.


And the adviser to the Prime Minister of Iraq had revealed, yesterday, that Al-Kazemi would conduct a tour of a number of Western countries at a later time, while indicating that he would discuss in Washington the file of the exit of US forces from the country.


He said at the time, "The nature of the discussions that Prime Minister Mustafa Al-Kazemi will hold during his upcoming visit to the United States will focus on the exit of American forces, with a popular supportive trend for that," noting that there is seriousness on the American side in holding bilateral talks.

Baghdad reveals the goals of Al-Kazemi's visit to Washington

Baghdad reveals the goals of Al-Kazemi's visit to Washington

On Saturday, Hussein Allawi, adviser to the Prime Minister, announced the objectives of Al-Kazemi's visit to the United States on July 26. Allawi told the official news agency:


"Prime Minister Mustafa Al-Kazemi's upcoming visit to the United States of America is very important and comes within the framework of the Iraqi-American strategic dialogue in its new phase, after three successful rounds of strategic dialogue culminated in reducing the American advisory presence within the international coalition mission from 5200 to 2500 Military Adviser, pointing out that “the sustainability of the war on ISIS remnants is carried out through the intelligence partnership, and the continuation of the Iraqi weapons of American origin, in addition to the development of rehabilitation, organization and training programs for the Iraqi armed forces, and the Iraqi intelligence services.”


He pointed out that " He stressed that "Al-Kazemi is working to transfer Iraqi-American relations from the military framework to a comprehensive framework that is based on the political-economic dimension and the implementation of the work of the joint committees in light of the six items of cooperation between Iraq and the United States within the strategic framework agreement in the political, security, economic, educational, technological and health fields." And the environment,


” explaining that“ the visit also aims to strengthen the Iraqi economy by working with the Contact Group and the International Monetary Fund on the white paper presented by the Al-Kazemi government to reform the Iraqi economy, in addition to meeting with economic institutions such as the International Monetary Fund, the World Bank, research centers, international institutions, businessmen and American companies.” ". He continued that "