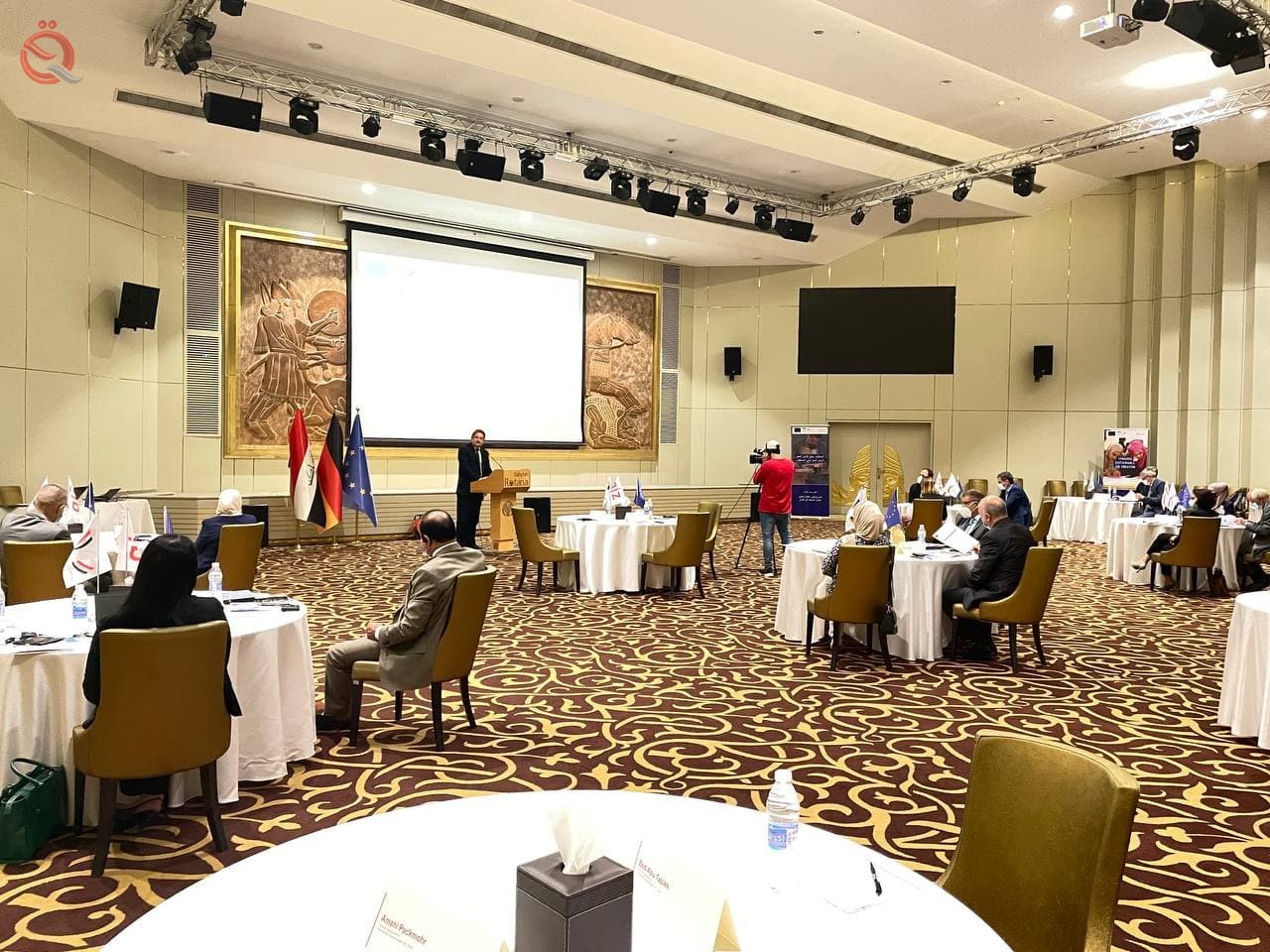 Since its inception in 2018, the "Private Sector Development and Employment Promotion " (PSD) project , implemented by the Deutsche Gesellschaft für Internationale Zusammenarbeit (GIZ) GmbH on behalf of the German Ministry of Economic Cooperation and Development (BMZ) has worked in cooperation with the Prime Minister's Office and the Ministry of Planning , We can look at many previous achievements to support economic development and job creation in Iraq. So far, the project has supported more than 20,000 job-seekers to enter the labor market. In addition, the project has supported its key partners in the Iraqi government to promote the economic reform agenda on topics ranging from digitalization to enhancing women's participation in the economy .

In May this year, the European Union (EU) joined the German government's efforts with a co-financing agreement until 2024. Altogether, Germany has already allocated €34.65 million to the project, while the EU has provided additional financing of €19.1 million .

The joint venture supports government efforts to create conditions for a growth-oriented business and investment climate in federal Iraq as well as in the Kurdistan Region of Iraq. It supports fact-based policy making and enhanced dialogue with the private sector on critical economic reforms. In addition, the project helps create private sector job opportunities for Iraqi youth through an integrated approach that combines skills development, entrepreneurship promotion, and advisory services for SMEs .

Through co-financing with the European Union, PSD can expand its geographic reach, elevate its approach to promoting employment and job creation, and support additional partners in the Iraqi government in their efforts to improve the business and investment climate. This cooperation was officially launched to the concerned authorities on July 11, 2021 at Babel Hotel in Baghdad. The participants from the Iraqi side included officials from the Prime Minister's Office, the Ministry of Planning, the Ministry of Agriculture, the Ministry of Industry and Minerals, the Ministry of Higher Education and Scientific Research, the Ministry of Labor and Social Affairs, the Federal Integrity Commission and representatives of private sector institutions such as chambers of commerce and industry and business associations .

This post comes at an important time. The Iraqi government is committed to a comprehensive reform process, as stipulated in the "white paper" on economic reforms. The Private Sector Development Project will support the implementation of these economic reforms through technical advice, support for organizational and individual capacities, as well as the sharing of the best scientific expertise at the international level .

His Excellency Martin Huth, Ambassador of the European Union, acknowledged this important event in his opening speech: “As the representative of the European team, the European Union and its Member States in Iraq are committed to increasing economic opportunities throughout Iraq. Private sector development has the potential to provide decent work for many Iraqi youth , Women and men Our EU-German government project will provide tangible support to the Iraqi government as it implements the economic reforms stipulated in the White Paper I am confident that by 2024 we will have contributed to improving the business environment, empowering the private sector and encouraging investment with our strong partners in Iraqi government. Through this important project, we will also work to empower youth to find decent job opportunities in the private sector .”

German Chargé d’Affairs, Mr. Peter Felten, emphasized the need to create an environment for the private sector that enables “young entrepreneurs to gain the means to realize their business ideas, an environment that provides incentives for employment in the private sector, makes it attractive for foreign companies to invest in Iraq, and most importantly, provides higher education and training.” Quality for young people. Germany has supported Iraq on its path to stability, peace and prosperity since 2014 with more than 3.5 billion US dollars, including the implementation of sustainable economic reforms .