The media office of the Minister of Oil stated in a statement, that "Abdul-Jabbar discussed, in a meeting, with the Governor of Kirkuk, Rakan Saeed al-Jubouri, efforts to develop the oil reality within the North Oil Company sector ."

He added that "the meeting was attended by the Undersecretary of the Ministry of Oil, Karim Hattab, and a number of ministry officials, as well as the Director General of North Oil, Muhammad Salem, and a number of officials in the North Oil Company, engineers and oil experts."

Minister of Oil: We are keen to support projects to sustain and increase production of oil and gas

Minister of Oil: We are keen to support projects to sustain and increase production of oil and gas 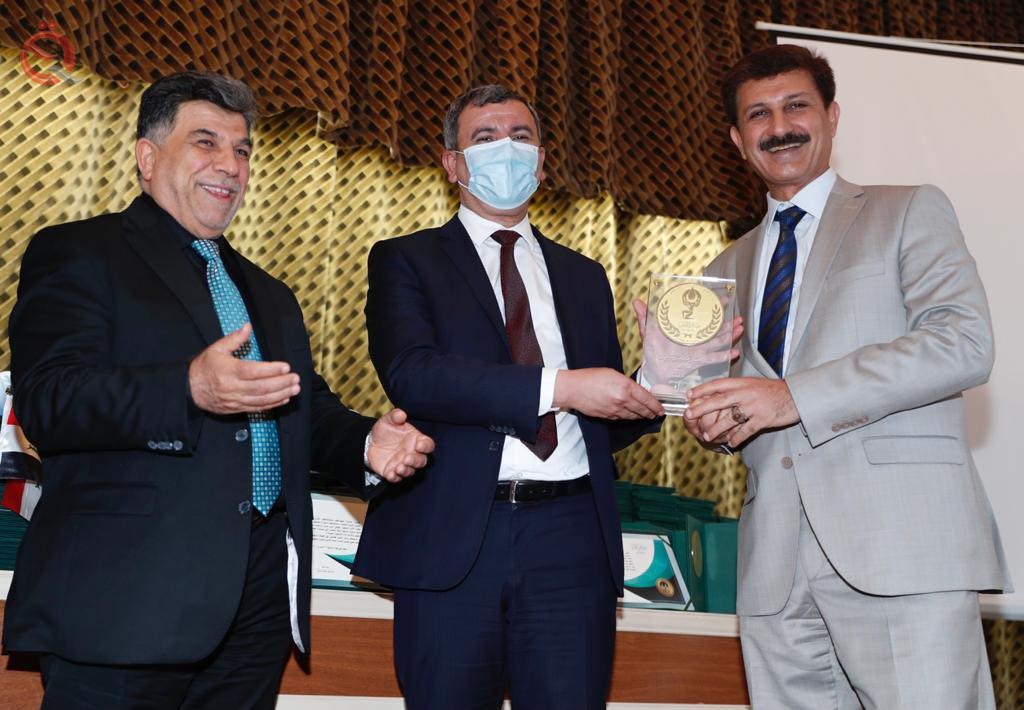 On Sunday, Minister of Oil, Ihsan Abdul-Jabbar Ismail, affirmed the keenness of the government and the ministry to advance the production sector in the North Oil Company and work to increase, sustain and develop it.
Ismail said in an expanded meeting he held with officials in the North Oil Company, according to a ministry statement received by Al-Iqtisad News, that the ministry aims to expedite addressing technical, economic and security problems and challenges, and launch plans to increase and sustain production based on the development axis of the national effort, and the axis of cooperation with global companies.
And during the honoring of the participants in extinguishing the wells of "Bay Hassan" and "Khabbaz"
For his part, the governor of Kirkuk, Rakan al-Jubouri, praised the ministry’s keenness to develop the North Oil Company, adding that the visit of the Minister of Oil and officials to the company comes in their eagerness to find out plans for development and advancement in this sector, stressing the support of the governorate administration for all efforts aimed at developing the oil and gas industry in the province.
While the Undersecretary for Extraction Affairs, Karim Hattab, stressed that the meetings discussed ways to advance the oil industry, expedite the implementation of plans to sustain and increase production from the oil fields of the North Oil Company, and the optimal investment of gas associated with oil operations.
The Minister of Oil held a meeting with officials in the company, in which he discussed ways to develop and increase production and the optimal investment of associated gas from dry, liquid and sulfur, and the price of the efforts of workers in the gas sector in working to increase production and supply electrical power stations with good quantities of dry gas.
The Minister of Oil instructed to expedite the implementation of optimal investment projects for gas and increase production, stressing his support and backing for these efforts.
The Minister of Oil had arrived in Kirkuk, accompanied by the Undersecretary for Extraction Affairs and a number of officials at the Ministry's headquarters.

Similar topics
» Al-Allaibi calls on British BP to activate cooperation on the development of oil fields in Kirkuk
»  Abdul-Mahdi: Iraq seeks to benefit from the Korean experience in the development of health and agriculture sectors
» The Foreign Minister heads the work of the Iraqi-Kuwaiti Joint Ministerial Committee
» A delegation from the Kuwait Fund for Arab Economic Development arrives in Baghdad to discuss the reconstruction of liberated areas
» Planning: Vision 2030 is a key pillar of different sectors