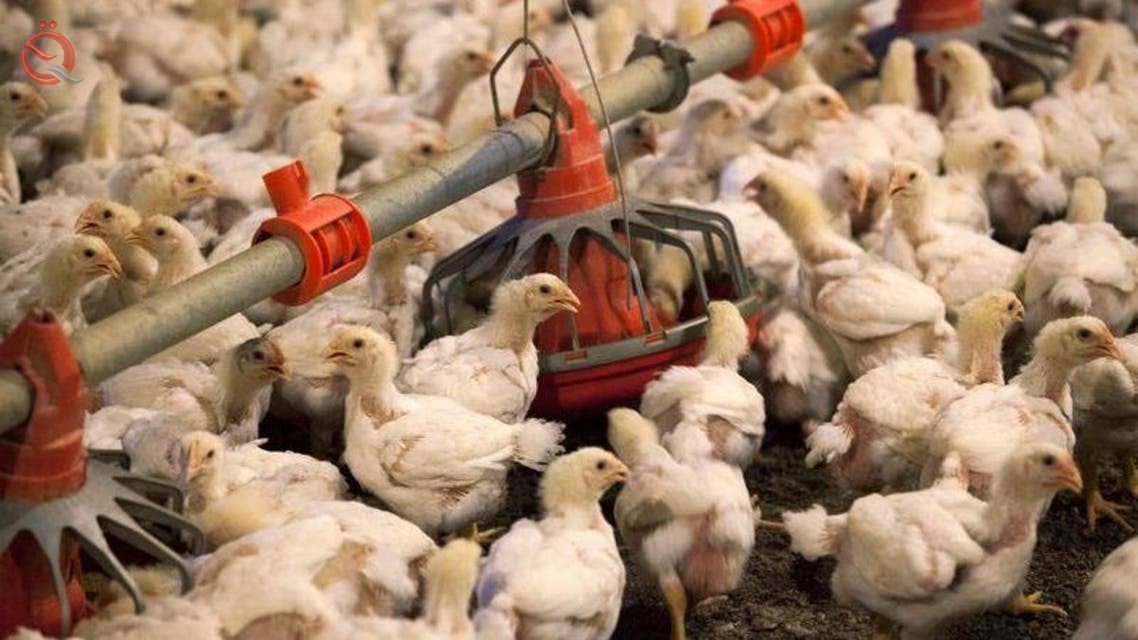 The Ministry of Agriculture warned, on Wednesday, that opening the door for import to the entry of table eggs into the country will lead to the collapse of the poultry sector in Iraq, indicating that monopoly and the lack of security control are behind the rise in prices.

Ministry spokesman Hamid Al-Nayef said in a press interview, "The rise in the dollar exchange rate in Iraq affected the rise in poultry inputs, including feed, soybeans and other materials that are used in the production of chicken and table eggs," noting that "the ministry agreed with poultry producers not to increase the price of poultry." Tabqa for more than 5,000 dinars.

Al-Nayef added that "the missing link between the price of 5,000 dinars for the product and the consumer that reaches it at the price of 7,000 dinars is the weakness of the security control, which forces and prevents the merchant from monopolizing the table eggs."

Al-Nayef stressed that "opening the import of table eggs will lead to the collapse of the poultry sector completely, and what we built in three years to develop and support this sector will collapse," pointing out that "opening the import of eggs and chickens will push poultry owners to sell their fields and will lay off millions of workers in these fields and will push poultry owners to establish fields In neighboring countries, we will import it again from abroad."

It is noteworthy that the prices of table eggs and chickens have increased increasingly, reaching the price of a single layer to 7 thousand dinars, at a time when it ranged between 4 to 5 thousand dinars, after it was imported from neighboring countries.

Similar topics
» Agriculture and Water Committee warns of the end of the agriculture sector in central and southern Iraq
»  The Ministry of Agriculture to prevent poultry in Iraq for three months
» After Afghanistan, Iraq could collapse fast; warns former spy chief
» Iraq’s Central Bank is at risk of losing its independence
» Agriculture: Work is underway to prevent the smuggling of imported poultry, eggs and meat