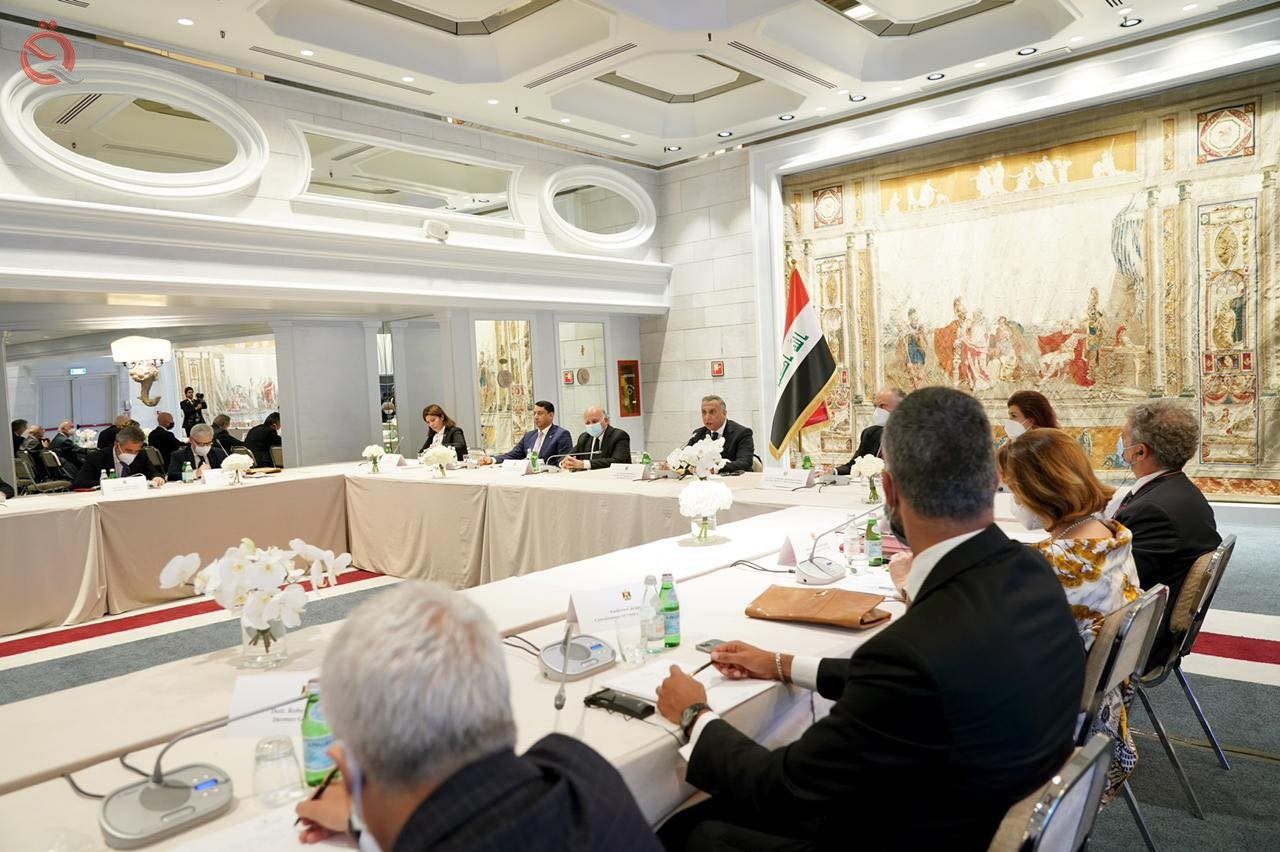 
The Prime Minister, Mustafa Al-Kazemi, confirmed, on Friday, that work is underway to open a direct flight between Baghdad and Rome.
The Prime Minister's Media Office stated, in a statement seen by "Al-Iqtisad News", that "Prime Minister Mustafa Al-Kazemi met today, Friday, a number of heads of Italian companies, businessmen and economists, at his residence in the Italian capital, Rome, which he is visiting as part of his European tour. ".
During the meeting, Al-Kazemi stressed, "The Iraqi government welcomes a greater role for Italian companies to invest and partner with Iraq within promising opportunities that are in the common interests of both parties, and on the path to consolidating development and opening the Iraqi market to integration with the international economy."
And he indicated, "Iraq is looking forward to expanding the Italian economic role within the current areas of cooperation in the reconstruction of the Faw port and the promising railway extension project (Basra - Turkey), dam maintenance projects, oil projects, electric power and infrastructure."
And he indicated, "There are challenges that are matched by great work to overcome them with regard to corruption, as the government has taken bold steps regarding them," stressing "Iraq's determination to establish an attractive investment environment, by granting facilities and securing the work of crews, companies and individuals, and encouraging the Italian and Iraqi private sectors to build a constructive economic partnership." .
He called on companies, businessmen and representatives of Italian banks to "invest in promising tourism opportunities, especially activating tourism to Ur of the Sumerians, which His Holiness Pope Francis encouraged pilgrimage to as a sacred spot in the history of the heavenly religions, just as work is underway to open a direct flight between Baghdad and Rome." .
For their part, Italian businessmen and economists expressed their "appreciation and desire to seize opportunities for joint cooperation and enhance areas of bilateral partnership, and their confidence in the future of the Iraqi economy and the reform steps pursued by the Iraqi government in the field of development and strengthening Iraq's non-oil resources."

Similar topics
» Iraq and France discuss opening a direct flight between Baghdad and Paris
» Abdul-Mahdi: I will lift the parliament request for my resignation
» Al-Kazemi arrives in the Italian capital, Rome
» Agriculture: Work is underway to prevent the smuggling of imported poultry, eggs and meat
» Abadi adviser Mohammed Saleh: new salary scale will not apply in the next month and work is underway to modify it