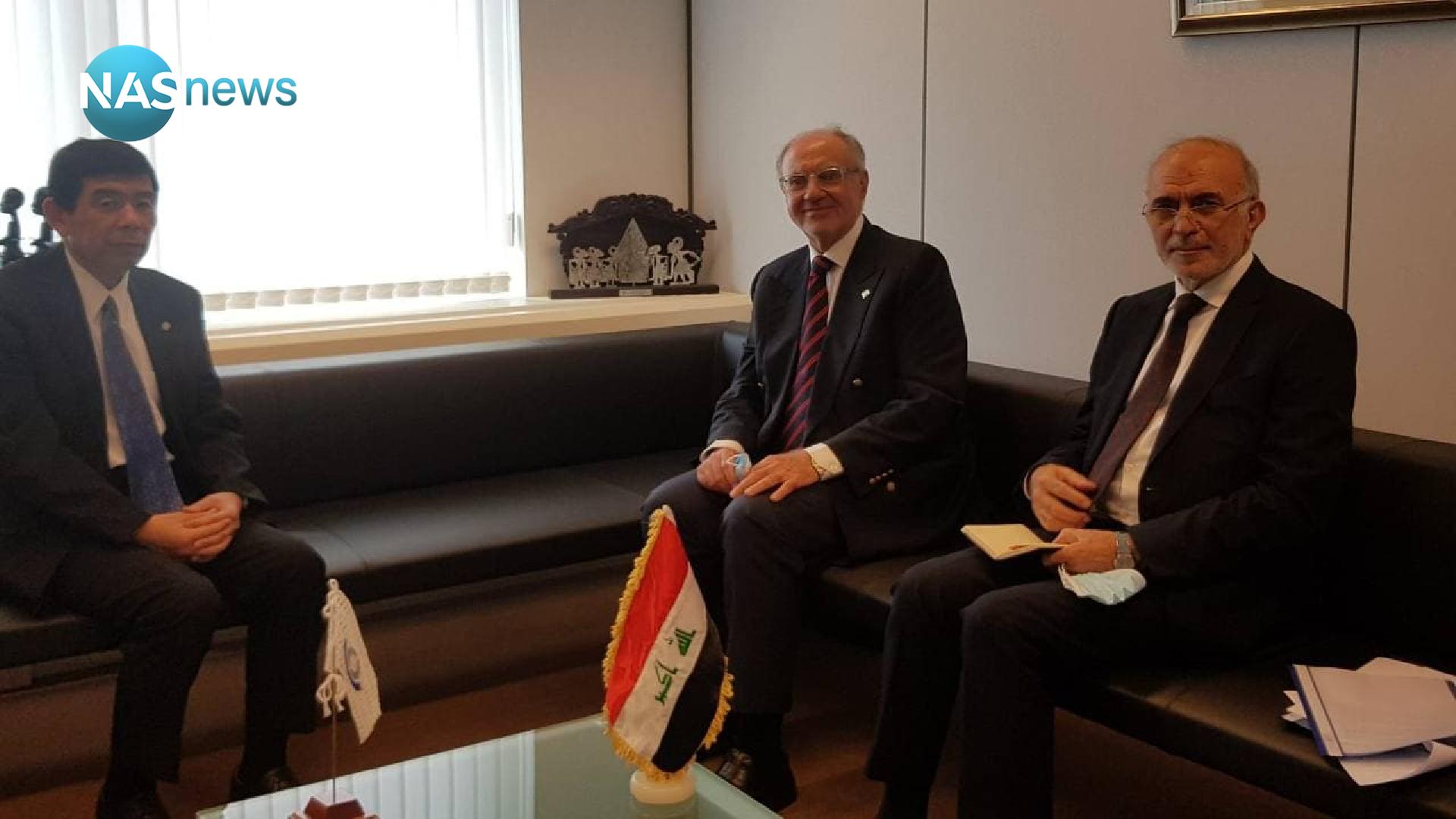 Baghdad - people
The Minister of Finance, Ali Abdul Amir Allawi, discussed with the Secretary-General of the International Customs Organization the development of the work of the Iraqi customs.

And the ministry stated in a statement, "Nass" received a copy of it, (July 2, 2021), that "on the sidelines of Prime Minister Mustafa Al-Kazemi's tour of the European Union, and with the aim of strengthening cooperation between Iraq and the international community, Finance Minister Ali Abdul-Amir Allawi met yesterday, Thursday, 7/2021. /1, by the Secretary General of the World Customs Organization, Mr. Kunio Mikuriya.
The statement added that "during the meeting, they discussed ways and mechanisms to raise the level of cooperation between the International Customs Organization and Iraqi customs."
The statement indicated that "the minister reviewed, during the meeting, plans to develop customs work in Iraq according to the latest programs and efforts made in order to keep pace with the latest findings of global customs regulations, which recently resulted in Iraq signing a contract for the (ASYCUDA) system for automating customs work with the United Nations Organization for Trade and Development." .
Mikuriya praised "Finance Minister Allawi's vision and efforts related to developing and reforming the customs system in Iraq, similar to the rest of the developed countries.