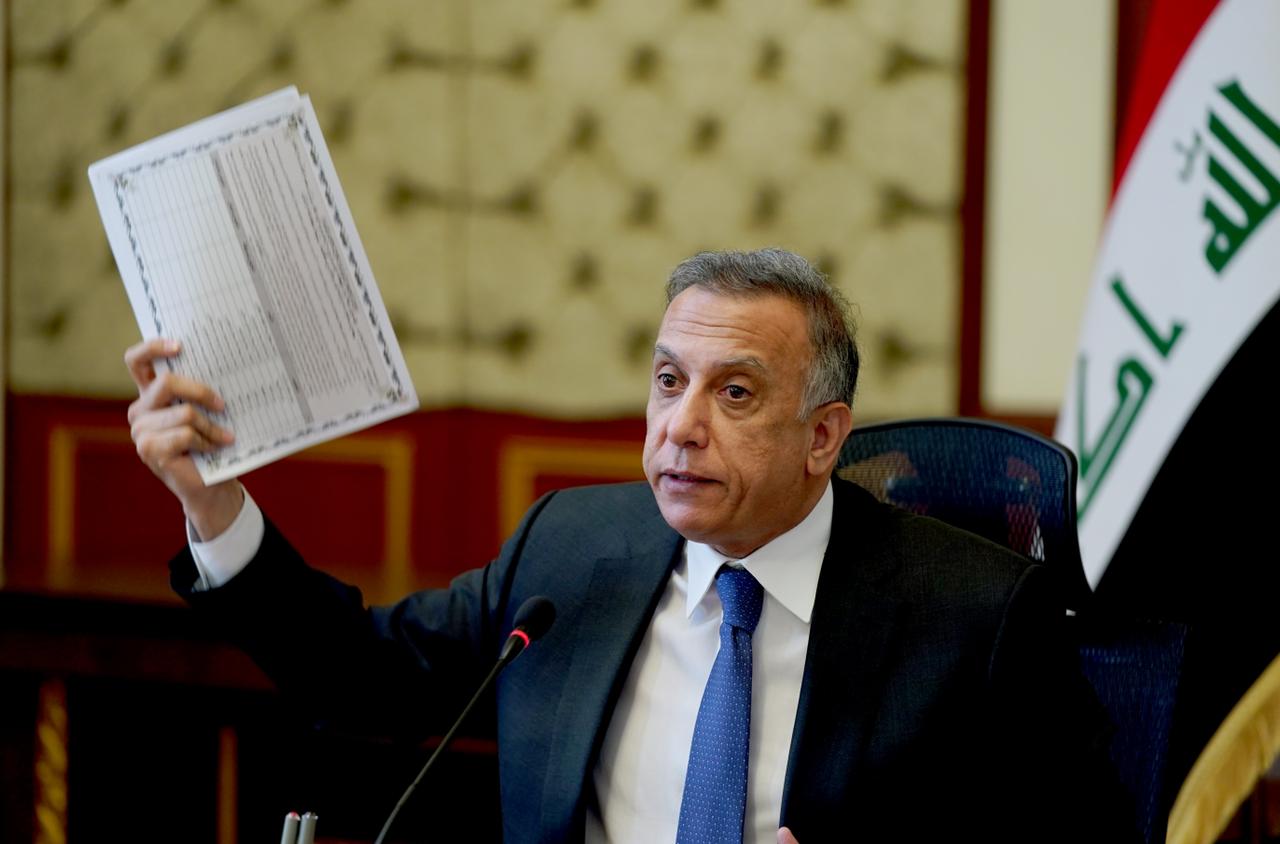 Shafaq News/ Today, Friday, Prime Minister Mustafa Al-Kazemi issued an order to dismiss a number of officials in the Ministry of Electricity.

The statement of the media office of the Prime Minister mentioned to Shafak News Agency; Al-Kazemi directed the dismissal of the General Director of the General Company for Electricity Transmission / Middle Euphrates, and directing a reprimand for him for neglecting to perform his duties and duties, which caused the fall of power transmission lines (400 kv), and the occurrence of power outage in all governorates.

The statement added that Al-Kazemi also directed "to take measures against other officials in the ministry because of their negligence in their work and the tasks assigned to them, and to open an investigation into cases of omission and negligence in some parts of the ministry that led to a decline in the supply of citizens with electrical energy and exacerbated their suffering, despite the continuous directives of the President The Council of Ministers for officials and workers in the Ministry of Electricity, stresses the importance of working hard, making maximum efforts, preparing well for the summer, and alleviating the suffering of citizens.

And at dawn on Friday, Iraq witnessed a complete blackout in the governorates of the country, with the exception of the Kurdistan Region.

Later, the Iraqi authorities reported the gradual restoration of electricity in the country's governorates.

In recent weeks, the frequency of attacks with explosive devices increased on electric power transmission lines in the governorates located in northern, western and eastern Iraq, which exacerbated the electricity shortage crisis in the country.

The power outage comes amid the recent escalation of popular protests over the deterioration of the electricity service, in conjunction with the rise in temperatures, reaching 50 degrees Celsius in some areas.
The Iraqi authorities accuse the terrorist "ISIS" militants of being behind most of the attacks.

Iraq has been suffering from a decades-old electricity shortage crisis as a result of successive wars and the instability of the security situation in the country, as well as rampant corruption.

Similar topics
» Al-Kazemi makes 6 decisions to address the electricity crisis, and his ministry announces the return of the system to work
» Learn about Parliament's vision of institutionalizing and fighting corruption
» Nassif calls on the Undersecretary of the Ministry of Electricity not to contract with the monopoly company (GE), which destroyed the electricity sector and looted the people's money
» Abdul-Mahdi: I will lift the parliament request for my resignation
» Electricity: $ 1.4 billion to complete a plan for the transmission and distribution of energy