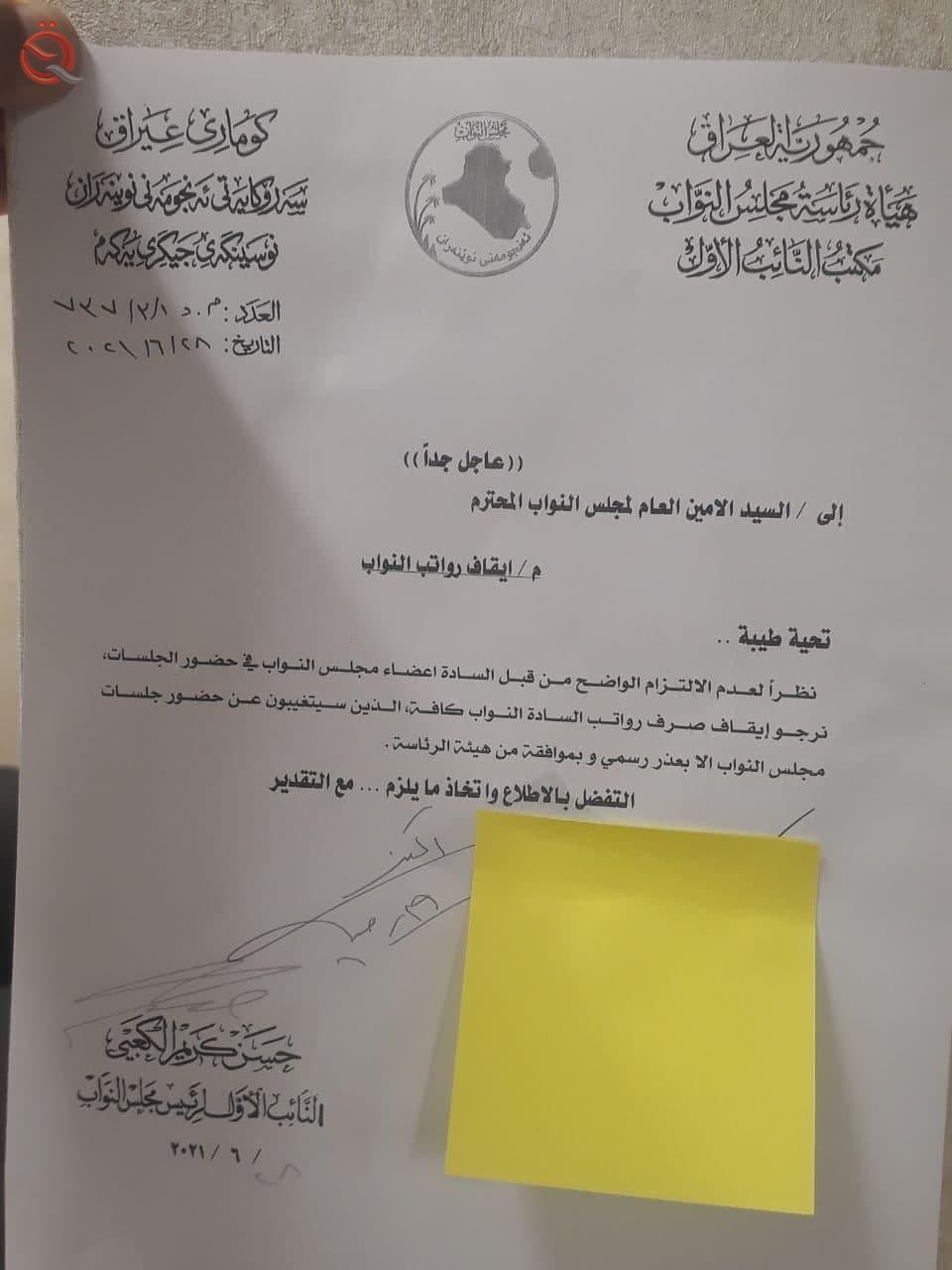 On Tuesday, the Iraqi Council of Representatives decided to stop paying the salaries of parliamentarians who were absent from the sessions, after the failure that occurred in holding previous sessions .

The decision excluded those who had an official excuse, and with the approval of the Presidency of the Parliament .