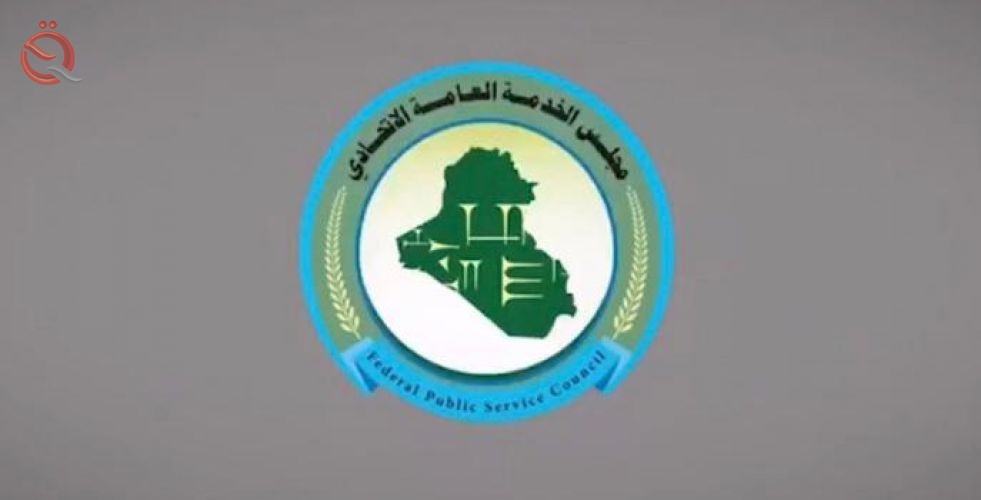 The Federal Service Council revealed that the confirmation of contractors who have served five years, requires the Cabinet to allocate job grades to state institutions, while coordinating with the Ministries of Health and Education to appoint the top students from colleges of science and holders of higher degrees.
The Director-General of the Legal Department in the Council, Salman Ghadban Agency, said in an interview with the newspaper "Al-Sabah" and followed by "Economy News", that "the Council of Ministers and the law on appointments required a number of ministries to create job levels to install contracts for self-financed companies affiliated with the Ministry of Electricity, and to install contractors in all Ministries and entities not associated with a ministry after creating job grades from the Council of Ministers for these institutions.
He explained that "
Ghadban stated that "the council stipulated that contracts be confirmed in water resources, water, sewage, and municipal institutions affiliated with the Ministry of Housing, Construction and Municipalities and the Municipality of Baghdad by confirming them within the movement of owners of these departments for the years 2019, 2020 and 2021."
He pointed out, "to address all state institutions from ministries and entities not associated with a ministry to send data for their employees in order to rationalize the functional structures in each institution to benefit from the expertise of human resources to redistribute them in a thoughtful manner."
Ghadban noted that "the council is in the process of completing the appointment of the top faculties of science by approaching the Ministry of Health to complete the file for their appointment."
He added, "The appointment of those covered by Law 67 and Law 57 for holders of higher degrees will be completed in coordination with the Ministry of Higher Education and the relevant authorities to allocate job grades for this segment within the appointments file that the Council is currently working on."
Ghadban stressed, "the adoption of the electronic system in applying for appointments released in the ministries," noting at the same time that "the budgets following the next parliamentary session will work to gradually solve employment problems in state institutions with regard to non-appointments who are not covered by the current law from contracts or daily wages. ".
He pointed out that "the Ministry of Health approached with a view to sending the specializations that you wish to employ to benefit from its expertise and include them in the central appointment of specializations from graduates of medical and pharmacy colleges and medical institutes, in addition to allocating 15 percent of the degrees for different medical specialties within the degrees of deletion and creation."

Similar topics
» To improve the service reality in the province of Najaf .. Minister of Planning approves the release of about 21.5 billion dinars for the implementation of service projects and the resumption of suspended, and 30% of the receivables of the contractors of
» During a meeting with the representatives of the graduate degrees, Al-Kaabi calls for allocating a percentage of the job grades provided by the amendment of the retirement law to those with higher degrees.
» A training course entitled (Banking Service Strategies and Customer Service Management Skills Development) for the period from 15-2019 to 7/18
» Planning announces the inclusion of 426 Iraqi companies and contractors in blacklist
» During his meeting with the President and members of the Iraqi Contractors Union .. Minister of Planning: We have put in place mechanisms that ensure the fulfillment of contractors and contracting companies' dues, amounting to (1.8) trillion dinars ... an