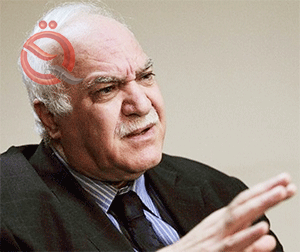 
Adviser to the Prime Minister for Financial Affairs, Mazhar Muhammad Salih, on Sunday, put forward a proposal to implement a strategy he called (the social market) to provide a diversified economic system in its sources that turns Iraq into a productive force, while he expected the population of Iraq to reach 80 million in 2050.
Salih said in an interview with the agency. Iraqi News and Al-Eqtisadiah News continued, "The population curve in Iraq still indicates a high growth of no less than 2.6% annually, which is the highest in the world," pointing to "the current high national income, which is sourced from oil, which constitutes a direct proportion of about 45% of the population." The GDP has an impact rate of more than 80% in the components of the growth of that output.
He added, "This is through the impact of oil on the structure of government spending, whose revenues still constitute 93% of the total revenues of the general budget," adding: "In spite of this, the coexistence of two pension systems, one over the other, is a fragile and frightening relationship, and I mean that that There are more than 8 million Iraqis who receive salaries, pensions, grants, or social benefits from the state, which means that the majority of the Iraqi people receive income from oil revenues under the family support system.
He pointed out that "the system is based on the principle that (the recipients of government income in our country guarantee the livelihood of a family of 5), which indicates that the majority of the population receives government income directly or indirectly, and this is a form of social solidarity, and it is still somewhat reassuring until Nowadays".
He continued, "However, the increase in the country's population by one million people annually and the continuation of employment at low annual levels, will cumulatively affect the risks of disruption of production joints and the increase in unemployment among the youth, which is about 23% at the present time, and in a young nation in which youth constitute nearly 60% of the population."
He explained, "Regardless of the increasing problems of poverty due to the Corona pandemic, the closure of the global economy and the deterioration of oil prices in the past year, the system of salaries, government pensions and subsidies has formed a safety valve in maintaining the standard of living and facing social collapse within the current Iraqi dependency base."
He stressed, "In spite of this, there are two restrictions if the economy continues to depend on oil until 2050 without diversifying the sources of national income in it, the first: that the country's population will double and may reach nearly 80 million people, and the second: the world's progress towards the implementation of the Paris climate agreement. By making carbon emissions zero in 2050, which means the world will turn to alternative, renewable energy and the global demand for oil will fall.”
And he continued his speech, saying: "Therefore, keeping the situation as it is will lead to the fragility of the current support system itself or its thinning over time and the difficulty of extending it because the oil financial cover will not be sufficient theoretically and realistically to support 80 million people in light of the current government operation and disruption of the private sector."
He noted that "Iraq has only one strategy before it, which is to launch a social market system that is capable of developing the joints of the economy in manufacturing manufacturing, cash agriculture, tourism and service areas, and transforming Iraq into a diversified productive force, provided that oil revenues are directed between the years 2022-2032 to funds for financing private productive activity." And providing a courageous law for security and social protection against forms of unemployment,” he concluded by saying: “Here a prosperous economic system that is diversified in its sources will be born that is not dependent on depleted unilateral wealth.”