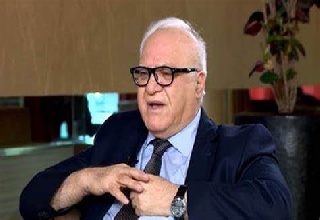 The Ministry of Higher Education announced the allocation of 14 billion dinars to support five universities in Nineveh Governorate.
Minister Nabil Kazem Abdel Sahib said during a press conference held yesterday, Saturday, in the governorate building, and followed by "Al-Iqtisad News", that "14 billion has been allocated to support five universities in Nineveh, namely the universities of Nineveh, Mosul, Northern Technology, Tal Afar and Hamdania to fully support them."
He stressed "his ministry's support for the universities of Nineveh from the sums of the investment budget and the development of the regions," declaring that "the next three months will witness the opening of the central library after the completion of its entire reconstruction."
He added that "the local government of Nineveh did not allocate funds for the newly created universities because of its focus on the aforementioned universities, and they are the most important five important universities in Nineveh," noting that "the local government promised to allocate funds to the newly created universities during the next stage to advance the infrastructure by disbursing the frozen funds. The ten billion dinars will be distributed among the newly established universities through the Next Reconstruction Campaign.