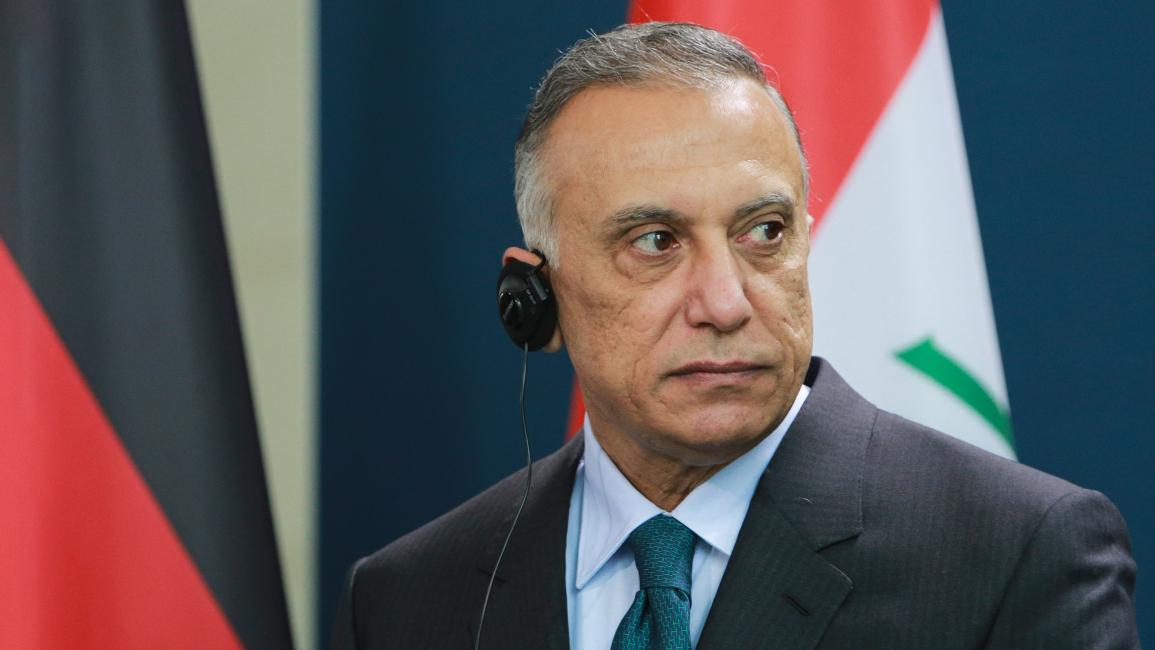 The Iraqi Prime Minister, Mustafa Al-Kazemi , confirmed , Thursday evening, that his government will continue its war on corruption with full force, indicating that the country needs new legislation to stand against corruption.

And he indicated that the commission to investigate corruption and major crimes, which he formed last year, is subjected to great injustice and distortion, denying, in an interview with Iraqi official television, the existence of cases of torture of detainees accused of corruption.

He indicated that the detainees held by the committee met their families, and that the arrests were not made according to quotas and component criteria, as some claim, explaining that his government proved this through lists presented to the skeptics.

"Corruption, unarmed weapons and serious crimes must be fought," he said, noting that some parties defend the big corrupt and exclude the young ones from their defense.

He pointed out that there are intertwined interests of corruption in Iraq, explaining that his government will not stop its efforts to pursue the corrupt, even if it is threatened.

He pointed out that there are some parties that believe in the logic of no state in Iraq, stressing that corruption and nepotism had previously caused the fall of Mosul to the terrorist organization "ISIS" in mid-2014.


He pointed out that his government "wants to restore the citizen's confidence in the political system, so it decided to declare war on corruption and uncontrolled weapons, and it did not hesitate despite all the circumstances surrounding its work," adding, "We will continue with full force until results are reached."

The Iraqi Prime Minister stressed that the country has witnessed tensions during the past two years, including the events that accompanied the demonstrations, which resulted in more than 600 deaths and thousands of injuries, as well as the launching of missiles towards diplomatic missions, indicating that he followed the path of containment and extinguishing fires to spare the country a state of chaos.

During the past months, the government tried to activate its measures against those accused of corruption, including former and current politicians and officials, which exposed it to pressure from influential political forces.

A senior government official indicated that the investigation committee in corruption cases continues to perform its work despite the objection of some parties to its procedures, assuring Al-Araby Al-Jadeed that it has a large number of files that it is studying, and is awaiting completion of evidence to implement arrest warrants against those accused of corruption.

He pointed out that the committee is working in coordination with other relevant institutions, especially the Integrity Commission, which possesses extensive and accurate information on corruption files.

At the end of August 2020, Al-Kazemi formed a committee to "investigate corruption and important crimes", headed by Lieutenant-General Ahmed Abu Ragheef, and the membership of officers from the Ministry of Interior, the Intelligence and National Security Services, and the Integrity Commission, which was granted wide powers, and the Counter-Terrorism Service was assigned the task of implementing the decisions issued For investigative judges or courts competent in matters pertaining to the investigation committee in corruption cases, in accordance with the law.


Al-Kazemi also authorized the Corruption Investigation Committee to request any information related to the cases it is looking into, from ministries, or institutions not affiliated with the ministries, and to summon those whose conduct the investigation requires to be summoned after determining their capacity, with the exception of the accused who cannot be brought without a decision from the competent judge.