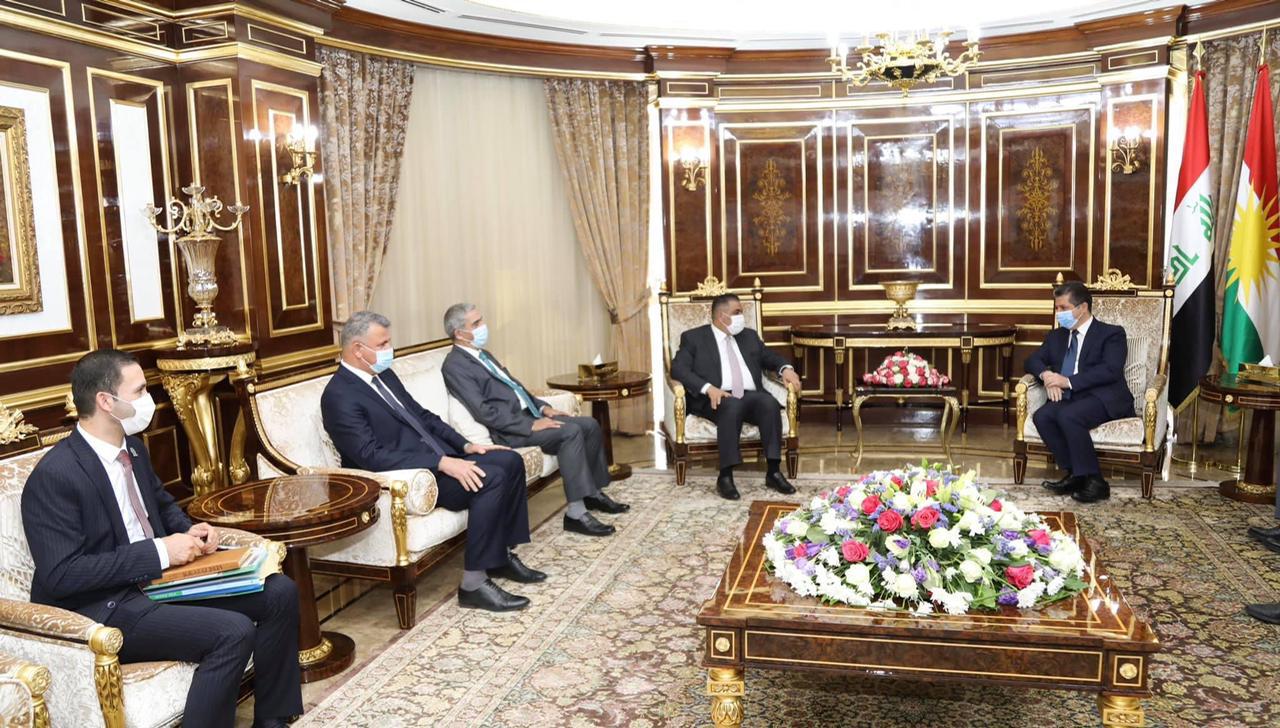 At the invitation of the Kurdistan Regional Government, Prime Minister Masrour Barzani received on Saturday, June 19, 2021, the Governor of the Central Bank of Iraq, Mr. Mustafa Ghaleb Mokhiv .

During the meeting, they discussed ways to enhance coordination and cooperation between the regional government and the Central Bank of Iraq in the field of reorganizing the banking sector and combating money laundering and terrorist financing .

The Governor of the Central Bank dealt with frameworks for strengthening the banking sector through several things, the most important of which is the regulation of banks affiliated with the regional government and their licensing from the Central Bank, and the organization of the work of banking companies in preparation for their licensing, and several committees will begin their work to accomplish the tasks directed by the Prime Minister and His Excellency the Governor .

The Prime Minister reiterated his willingness to cooperate and coordinate with the Central Bank of Iraq, and stressed that reorganizing the banking sector would constitute a strong and important pillar for developing the economic infrastructure, consolidating the investment process, and gaining the confidence of international banks and financial institutions .