Integrity: Recruiting a general manager in a contract case worth 32 billion dinars

Integrity: Recruiting a general manager in a contract case worth 32 billion dinars 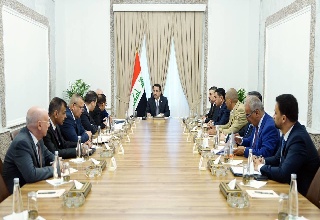 The Integrity Commission announced, on Sunday, the recruitment of a general manager in the case of a contract worth 32 billion dinars.

In a statement received by Al-Iqtisad News, the authority said, "The judge of the Nineveh Investigation Court specialized in integrity issues issued a summons to the former general manager of the company, against the background of signing a contract worth (32,000,000,000) dinars, to establish an electrical station in contravention of the instructions of the Ministry of Industry and Minerals, as well as an exaggeration." The value of the contract and violations established by the Federal Office of Financial Supervision.

The commission had announced on the seventh of this June that its procedures had led, in a number of important files and cases, to the issuance of (9) arrest warrants, arrest warrants, and recruitment of officials in various governorates of Iraq, including against a former university president and an official in the Petroleum Products Distribution Company in Nineveh.