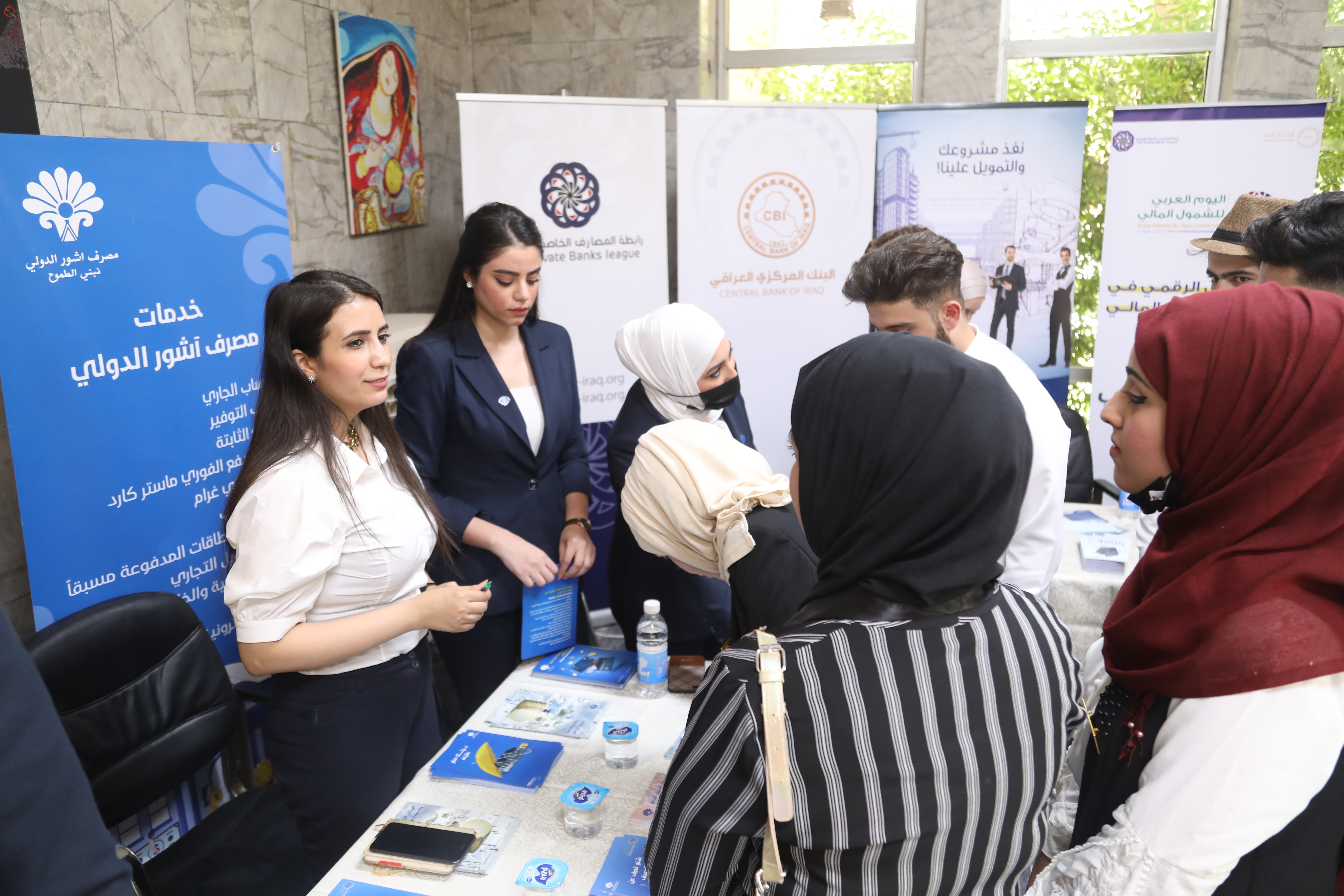 On Tuesday, the Iraqi Society of Engineers held an exhibition of entrepreneurship and innovation in the assembly hall, with the participation of a number of governmental and private institutions, private banks and the Central Bank of Iraq.

The head of the Iraqi Society of Engineers, Riyad Kitab Hussein, said during the opening of the exhibition, which was attended by "Economy News", that the exhibition aims to achieve meetings and communication between entrepreneurs, investors and government and private institutions represented by banks participating in the exhibition to transform pioneering ideas into projects on the ground.

He added that the owners of entrepreneurial projects presented their ideas to the participating banks to work on lending them through the initiative to finance small and medium enterprises, which is supervised by the Central Bank of Iraq and to finance their emerging projects.

For his part, the advisor of the Iraqi Private Banks Association, Samir Al-Nusairi, thanked the Iraqi Society of Engineers for holding this exhibition, noting that the banking sector is the first basic link in the economy and without a sound banking sector, a sound national economy cannot be built.

He added that private banks have started to finance projects through realistic initiatives carried out by the Iraqi private banking sector and according to the instructions and directives of the Central Bank of Iraq in the issue of bank financing, indicating that innovation does not occur without financing and youth and entrepreneurs cannot be supported without a central objective established in all tasks of government institutions. and the private sector.