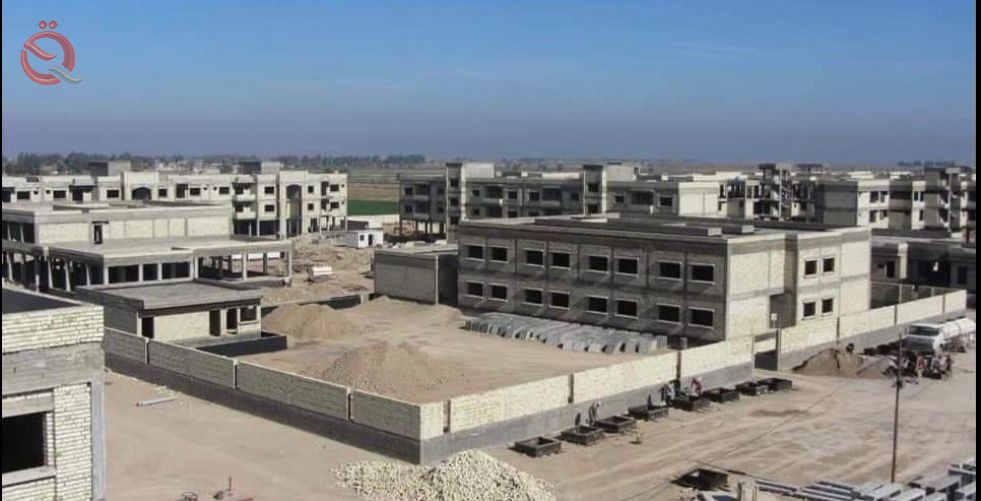 
The Ministry of Construction, Housing and Public Municipalities has approved the designs of 13 residential cities in Baghdad and the provinces, while it is awaiting approval by the Council of Ministers for its establishment, while confirming that these cities focus on benefiting people with limited income by granting loans and reducing unit installments.
Meanwhile, the municipalities of the outskirts of Baghdad provided about 14,000 plots of land in areas that include lands that were distributed by the buried regime.
The ministry's advisor, Ahmed Ismail, said in an interview with "Al-Sabah" newspaper, which was followed by "Al-Iqtisad News," that "the low-cost residential cities project is one of the important projects adopted by the ministry under Resolution No. 70 of 2019".
He noted that these cities will be distributed between Baghdad and all governorates, noting that “the project is in dire need of new procedures and mechanisms to be adopted with the implementing investors after they obtain the plot of land to ensure that the prices of housing units are not raised in a way that people with limited income cannot bear, in addition to the agreement with the banks. Which grants loans to citizens to obtain these units, provided that the repayment is over 20 years and that there is a period of time between installments of up to 6 months while reducing their amounts.”
For his part, the Director of the Municipalities of the outskirts of Baghdad, Engineer Yasser Al-Quraishi, said that “the governorate has completed the special designs.” In the low-cost residential cities in the capital, pursuant to Resolution No. 70 of 2019, with two residential cities providing about 40,000 housing units, the first is Tariq City in Abu Ghraib, which includes 28 thousand housing units, and the second is Ali al-Wardi in Nahrawan, which includes 11,000 units.
He pointed out that "the stages of sorting the lands have been reached, but the work has stopped until new instructions are issued by the Council of Ministers regarding these cities soon," noting that "the new instructions include a new vision regarding their establishment and distribution in a way that ensures that they benefit as much as possible."

Similar topics
» While inspecting the progress of work on Bismaya Residential Project .. Minister of Planning: In our vision to alleviate the housing crisis, we headed towards implementing residential complexes and integrated cities in an investment manner
» Construction approves designs for the new Habbaniyah city, with a capacity of 100,000 housing units
» The Construction and Housing Authority approves the design of a new residential city in Baghdad that includes 13 thousand units
» The Ministerial Council for Social Services approves the sale of residential land at a price of 50 thousand dinars in Muthanna
» Emaar is considering several investments in Baghdad