Three doors to invest the increase in oil prices in Iraq

Three doors to invest the increase in oil prices in Iraq 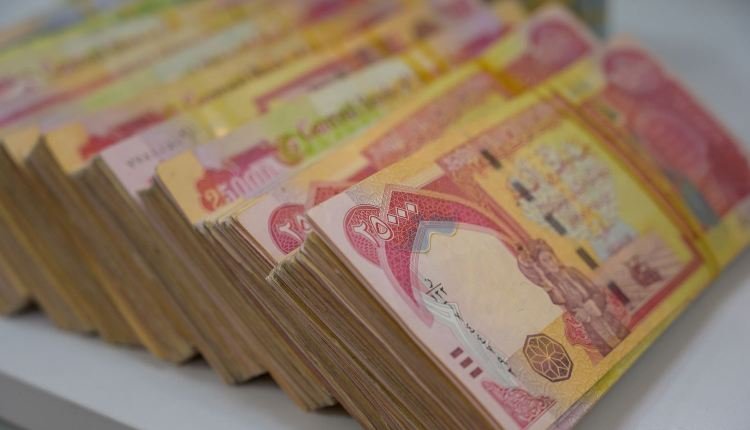 After the huge jump in oil prices globally to break the $70 barrier, questions are increasing about the possibility of investing it in Iraq to overcome the major economic crises caused by the previous decline in oil prices as a result of the outbreak of the Corona virus.

Despite the optimism expressed by officials and parliamentarians that it might affect the context of controlling the Iraqi market and restoring control of the exchange rates, economists see corruption and mismanagement as a major obstacle in the way of investing that increase in oil prices.

The end of the borrowing crisis

Despite the increase in oil prices, fears persist that they may fluctuate again, which will add to the country's economic problems.

On the other hand, Iraqi Oil Minister Ihsan Abdul-Jabbar expected that oil prices would not exceed $75 per barrel, and not be less than $68, during the second half of this year, with OPEC and its allies committed to the production ceiling.

On Friday (June 10), oil prices rose to their highest level in years, reaching the limits of $72 a barrel.

There is increasing talk about the possibility that this increase will contribute to Iraq not borrowing again to pay the necessary expenses and not going to borrowing again.

In the meantime, the Iraqi Prime Minister's advisor for financial affairs, Mazhar Muhammad Salih, ruled out that Iraq would need to borrow to finance the public budget deficit in the event that oil prices continue in this way until the end of the year.

The advisor said in a press statement, "Iraq will only need to withdraw from old loans linked to projects that are currently being implemented within international financing programs, especially with the World Bank, the European Union, Japan, and others."

He continued, "The amounts of these annual loans are limited in the budget, and do not exceed 15 percent of the total investment allocations in the federal general budget 2021."

Back to talk about exchange rates

Since the beginning of the rise in oil prices, controversy has returned in political circles over many controversial issues, foremost of which is the issue of the dollar's exchange rate against the Iraqi dinar, especially after the exchange rate in the local markets rose to about 1500 dinars per dollar.

Representatives in the Iraqi parliament are talking about the need to invest in the increase in oil prices to control the exchange rates of the dollar in the local market, or return them to what they were.

Representative Mansour Al-Baiji said in a statement, "The rise in oil prices in global markets should reflect positively on the country's economy, which witnessed a significant deterioration during the previous period due to the Corona pandemic and the decision to raise the dollar exchange rate," expressing his hope that the government would take "the appropriate steps to reduce The damage caused by raising the exchange rate to the dollar.

On the other hand, financial policy specialists believe that the increase in oil prices is not linked to the exchange rates in the Iraqi market.

The former Director General of Financial Operations at the Central Bank, Mahmoud Dagher, says that the increase in oil prices has nothing to do with controlling the exchange rates of the dollar against the Iraqi dinar, noting that "the exchange rate in the country is subject to the fixed price system, which is linked to the policies of the Central Bank."

He points out that the problem with not controlling exchange rates is also related to "political instability, which is creating a wave of speculation that affects the stability of the Iraqi dinar."

Three paths to investing in the increase in oil prices

The talk of economists in general revolves around the possibility of investing this jump in oil prices within several tracks, most of which are related to reducing the pressures that the country is experiencing due to the scarcity of financial resources during the last year.

Dagher refers to three doors in which an increase in oil prices can be invested, represented by "reducing the deficit in the public budget, paying off debts owed by the state, and increasing the central bank's reserves of the dollar."

Regarding the possibility of the increase in oil prices causing a revival of the Iraqi economy, Dagher shows that oil prices exceeded the $100 limits in previous years, but they were not invested in a sound economic context, indicating that the problem is related to the "economic policies of the Iraqi state."

He explains that among other factors that prevent the investment of these additional resources is "the lack of political and security stability and the spread of the militia phenomenon," adding, "It is not expected that any local or foreign investor will establish projects without the availability of stabilizing factors in the country."

Perhaps the problem with investing economic resources is related to “the absence of the economic mentality of successive governments,” as Dagher expresses, who points out that all that the rise in oil prices does is “increase revenues that coincide with an increase in expenditures.”

The Finance Committee of the Iraqi Parliament had talked about several sections in which an increase in oil prices could be invested, on top of which is the preparation of a supplementary budget.

A member of the Finance Committee in the Iraqi parliament, Jamal Cougar, had said last month that it is possible to benefit from the rise in oil prices globally within basic sections, the first of which is “preparing a supplementary budget on the grounds that holding the elections next October will make it difficult for the government and parliament to prepare a budget for the year.” Next, we need a supplementary budget.”

He added that the other door is "the possibility of benefiting from the expected surplus to repay the due external loans that became due and were postponed in the budget, including the prices of gas exported from Iran to Iraq to operate power stations."

As for the third chapter, according to Cougar, it is “feeding the central bank’s reserves, from which it withdrew a large amount in previous periods of the surplus amounts in case they rose to large numbers in order to revive it for its importance in the monetary and financial policy of the country.”

A real test for the government

Despite the escalation of controversy over the possibility of an increase in oil prices leading to a revival of the Iraqi economy, specialists believe that the problem is related to the absence of the economic mentality from controlling the money paths in the country.

And economics professor Salam Sumaisem believes that the increase in oil prices represents "a real test for the Iraqi government, which used to justify the failure to implement development projects due to the absence of funding and the deficit in the country's general budget."

And she adds, "The Iraqi budget is devoid of development footprints and is mostly directed to current expenditures for salaries and consumption, and this can be changed according to the expected increase in revenues," noting that what happened represents "an opportunity to shift the compass of the Iraqi economy to development aspects."

It seems that the spread of corruption and the control of the political atmosphere over the management of the country’s economic resources “impede the possibility of real development,” according to Sumaisem, who believes that building the Iraqi regime after 2003 was linked to “the absence of the economic vision from managing resources, and the economy became dependent on the political reality of the country’s controllers, the matter that pushes towards permanent pessimism.

Similar topics
» Al-Kazemi government tends to open the doors of import to meet the high prices
» An economic expert to / Nina /: The government is required to invest in the rise in oil prices to $ 70 to bridge the deficit and prepare the 2022 budget
» More...CBI Governor: Iraq’s economic future will surprise his friends; Since CH VII, Iraq is open to all competitors wanting to invest in Iraq
» Iraq opens its doors to more than 30 countries
» Iraq opens its doors to Turkish businessmen