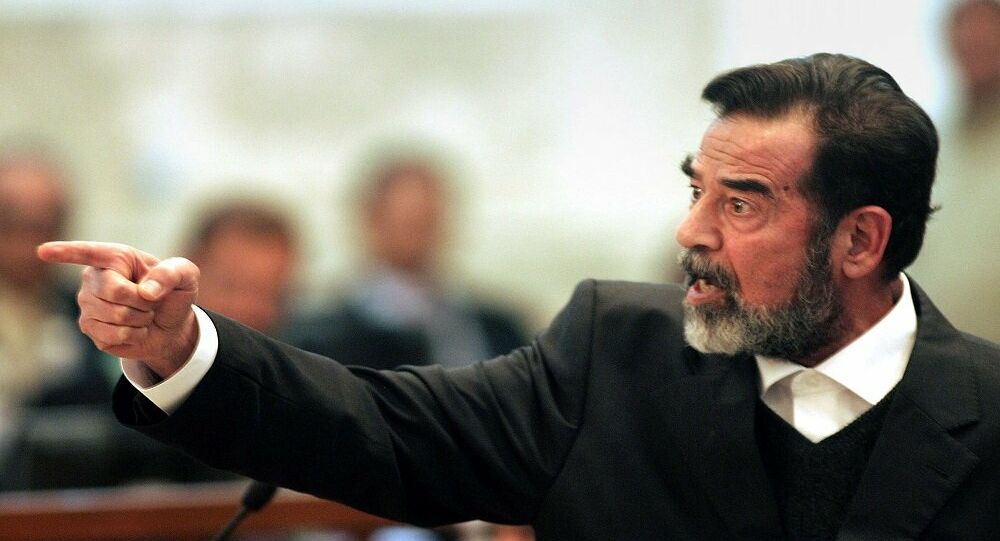 Shafaq News/ The Kuwaiti Foreign Minister, Ahmed Al-Nasser, revealed on Sunday the role played by Saudi Arabia in liberating Kuwait and returning legitimacy to it and saving it from "Saddam Hussein's occupation", describing that role as "historic and leading."

This came during the participation of the Kuwaiti Foreign Minister in the meeting of the Kuwaiti-Saudi Coordination Council, in Riyadh.

On the sidelines of the meeting, the Kuwaiti minister said, "This year we celebrate the 30th anniversary of the liberation of the State of Kuwait from the brutal Iraqi occupation (during the rule of former regime leader Saddam Hussein)."

He added that "the sisterly Kingdom of Saudi Arabia played the historical, leadership, pioneering and pivotal role in liberating the State of Kuwait and restoring legitimacy to it, as well as harnessing Riyadh's capabilities and capabilities and active participation at all political, military, social, economic, security and other levels to achieve this purpose."

Al-Nasser pointed out that "the liberation of the State of Kuwait was achieved thanks to the standing of brothers and friends, led by the late King Fahd bin Abdulaziz Al Saud and the Saudi leadership and people."

He stressed that "this position, in which the fate of the relationship between the two countries and leaderships was once again embodied, will remain engraved in the memory of Kuwait and the hearts of Kuwaitis forever."

The Kuwaiti foreign minister recalled the role of "Saudi King Salman, when he was governor of Riyadh during the occupation period, and his harnessing of all possibilities in order to host his Kuwaiti children during that period, which translates the depth of these relations and bonds."

Similar topics
» Iraq: Kuwait has received more than $33 billion in compensation so far Posted: July 29, 2011 by THE CURRENCY NEWSHOUND - Just Hopin in Iraqi Dinar/Politics Tags: Baghdad, Invasion of Kuwait, Iraq, Iraq War, kuwait, Persian Gulf, Saddam Hussein, United Na
» A decade after US-led forces toppled Iraqi President Saddam Hussein, IRIN examines the impact of the occupation on basic living standards.
» AP WAS THERE: US forces enter Kuwait to end Iraqi occupation
» Saudi Arabia reveals the direction of the work of a Saudi-Egyptian alliance for the reconstruction of Iraq
» Kubler: a tendency to invest compensation occupation of Kuwait in Iraq