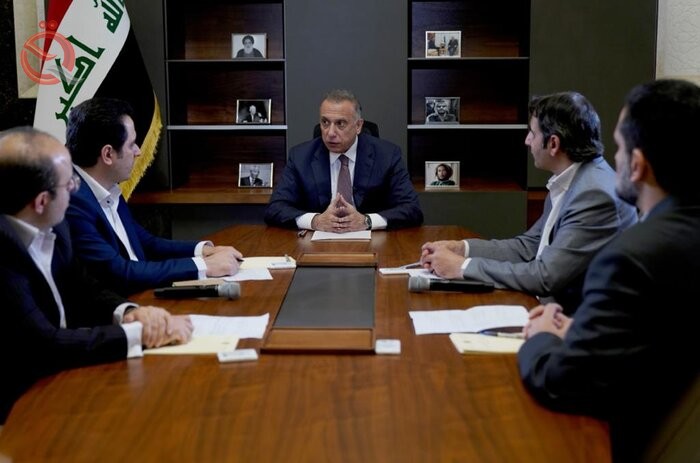 Prime Minister Mustafa Al-Kadhimi revealed that Iranians could obtain a visa at Iraqi airports in the near future, and that he believed in raising the visa for Iranian visitors to Iraq.
Al-Kazemi said in an interview with Iranian media, which was followed by "Al-Iqtisad News", "We will work to facilitate the future of relations with regard to the issue of visas... I believe in raising the visa for Iranian visitors to Iraq, and we will definitely work on it."
He added that "Iraq went through a major economic crisis, and the secret of this crisis is poor planning for more than 17 years, and corruption played a major role in the collapse of the economic situation," noting that "nepotism that allowed the existence of great slack in the Iraqi state institutions was reflected in the Iraqi economy. Solving the problems of the economy requires boldness and difficult decisions.
And he made it clear that "Iraq was dependent on oil by 96%, and in the white paper we reduced dependence on it by 70 or 71%, depending on the agricultural and industrial sectors."
And he indicated that "Iraq's reserves in the Central Bank were about 51 billion dollars, and through the bank classification plan, and the restoration of our financial policy, we succeeded in raising the reserves of the Central Bank of Iraq within 5 months from 51 billion to 61 billion dollars, and now it is in a significant escalation."
Regarding the railway connection with Iran, Al-Kazemi pointed out that "this project is a strategic project, and it will be an extension of the historical silk line from China to Pakistan to the Islamic Republic, and then to the Mediterranean and then to all parts of the world. Certainly, we will not be satisfied with this project, if we are allowed to The opportunity will not only be limited between Iraq and the Islamic Republic, but all countries in the region should benefit from it . "
The Prime Minister stressed Iraq's determination to raise trade exchange with Iran to more than $21 billion annually.
Regarding the developments of the Chinese agreement, he explained, "We are very interested in this agreement, and we spoke with our friends in China of the importance of implementing what was agreed upon from this agreement, and providing funds for it through the proceeds from the sale of Iraqi oil; but because of the collapse in oil prices, and because of Corona, there were no An official visit to China to follow up on this issue, but on the diplomatic side and the Ministry of Foreign Affairs there is a daily follow-up to this agreement, which has a great service to the Iraqi society, and this does not contradict any Iraqi openness with the rest of the world regarding the vision of the New Orient, or with regard to economic agreements with Europe or with other countries.

Similar topics
» Iraq and Lebanon discuss lifting visa between the two countries
» Iraq announces its intention to cancel visas for Iranian visitors on condition
» Revealed the date of a spiritual visit to Baghdad
» IRANIAN FOREIGN MINISTER VISITS BAGHDAD SUNDAY
» The Iranian president confirms to Al-Kazemi by phone: The unity and stability of Iraq is a strategic issue that must not be touched