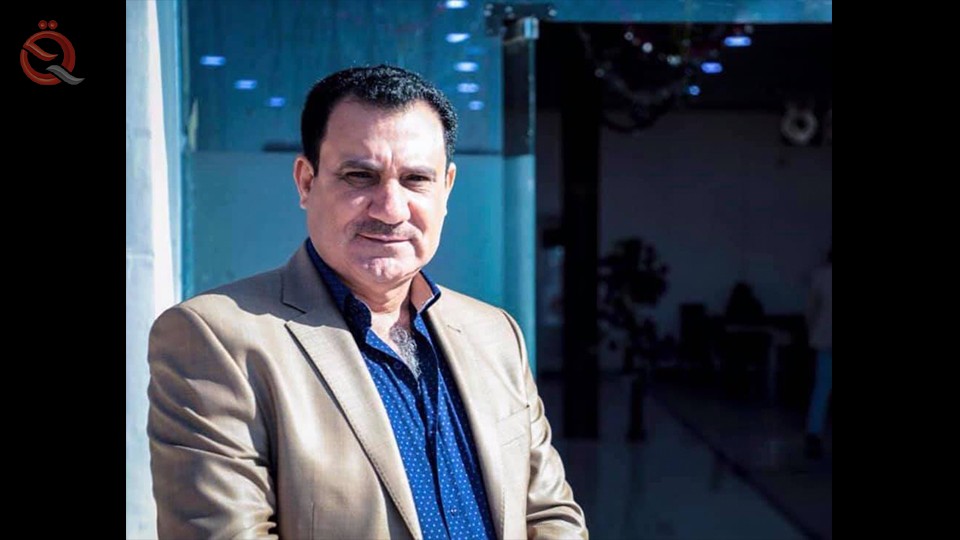 The Federation of Iraqi Chambers of Commerce revealed expected memoranda of understanding with Greece, and while he talked about the effects of the Corona pandemic and changing the dollar exchange rate, he explained his vision in changing the concept of the Iraqi economy .
The head of the Federation of Chambers of Commerce, Abdul Razzaq Al-Zuhairi, said that "the Federation is coordinating with the state through the General Secretariat of the Council of Ministers, and it participates with the ministries of Planning, Agriculture, Industry, Labor, Foreign Affairs and other ministries in its work ."
Al-Zuhairi added, "The correspondences come from the Ministry of Foreign Affairs with the desire of Pakistan, Germany or any other country to sign memoranda of understanding, and in the light of these communications we send them our desire as well, and then there will be reciprocal visits between delegations ."
He continued, "Internally, the work of the union is with the General Secretariat of the Council of Ministers and the ministries," noting that "the union has effective committees in every ministry ."
He stressed, "Working between the private and public sectors needs a vision, including solving many issues for industrial cities, amending their laws, participating with the Federation of Industries, and amending the Labor and Security Law, because it is one of the worst existing laws ."
Expected Memoranda of Understanding with Greece
Al-Zuhairi added, "Next July, there will be an invitation from the Prime Minister, to his Greek counterpart, to visit Baghdad and sign several memoranda of understanding, including taking more than 40 Greek businessmen to Iraq ."
He pointed out that "the Federation of Chambers of Commerce will have a role in this aspect, and will meet with Iraqi and Greek businessmen, in addition to the government side in signing memoranda of understanding ."

Effects of a change in the exchange rate
Regarding raising the exchange rate of the dollar, Al-Zuhairi affirmed that “in the beginning there were great losses, because the decision came as a surprise and there was no consultation between the public and private sectors,” noting that “the government decided that the decision should be surprising so that there would be no political interference .”
He explained, "The losses were for one time, and the Iraqi traders were able to overcome them," stressing that "the change in the exchange rate is positive to create competition between Iraq and neighboring countries ."
He pointed out that "raising the dollar by more than 30 points causes a kind of competition," adding: "We lost, but as long as this decision serves trade, industry and agriculture, there is nothing wrong with that and we will bear it ."

Laws that hinder the work of merchants
Regarding some of the laws in force, Al-Zuhairi said, "Iraqi merchants and industrialists face a problem with the laws because they are very old and most of them suffer from bureaucracy and red tape," noting that "the wealth of Iraqis, whether it is oil or taxes, all go towards salaries ."
He explained, "The employee's service is now obstructed with regard to the issue of taxes and outlets, but the suffering of the Iraqi merchant and industrialist remains the laws," stressing that "the Union seeks to change these laws and replace them with new laws to facilitate the process of moving and working ."

Corona pandemic
Regarding the Corona pandemic and the consequences of it, Al-Zuhairi explained, “The pandemic was an example of the Iraqi merchant loyal to his people, as they were difficult days for the Iraqis, but they showed chivalry and magnanimity and did not raise prices, and they remained the same .”
And he continued: "In fact, we had a wonderful experience with Corona, because we relied on the country's economy, and all agricultural crops were available despite the closure of the outlets, in addition to the availability of goods in Iraq, and there was no monopoly, but merchants contributed to building hospitals and equipping health cadres with all capabilities, and there were donations By the merchants of Baghdad and the provinces .

The vision of the Federation of Chambers of Commerce
Al-Zuhairi explained that "the Federation of Chambers of Commerce remains the umbrella for 18 chambers of commerce in Iraq that is working seriously to change the concept of the Iraqi economy with the rest of the other sectors and other unions," expressing his hope that "there will be a government or popular awareness that the Iraqi economy has turned from rentier to The market economy, which requires great effort, work and efficiency .”
He stressed, "Without a free economy, the state cannot meet the wishes of the people," noting that "the population of Iraq has reached 40 million, and it has become clear to them and to the government that relying on employment in the public sector will destroy the Iraqi economy ."
And he warned, "Continuing this will lead to the presence of significant foreign interference in the affairs of Iraq, which requires the understanding and awareness of the people and the government that whenever we build a factory or a factory, we will create conditions for citizens to find jobs and job opportunities ."
And he added: "Our constant desire is not to interfere in political matters, and our culture as a private sector and Iraqi chambers of commerce respect all political orientations, but we have no inclination towards a particular destination, because our mission is the development and prosperity of the country and the advancement of Iraq's stability away from political matters, as it is a changing policy."
Quoted from the Iraqi News Agency