Economy News _ Baghdad
Rafidain Bank announced that it will begin on Tuesday to distribute the salaries of employees of a number of ministries and institutions of the endemic country, their salaries with the bank and through electronic payment tools.
The media office of the bank said in a statement seen by "Al-Iqtisad News" that, according to the directives of the crisis cell, the Minister of Finance and the general manager of the bank, the bank immediately began distributing the salaries of employees of some ministries and state institutions who were localized in the bank and those who hold electronic cards.
The statement indicated that the bank continues to pay the salaries of employees in accordance with specific contexts and deadlines.

Al-Rasheed announces that it will begin paying employees

Al-Rasheed announces that it will begin paying employees The Economy News - Baghdad
Al-Rasheed Bank announced on Tuesday that it has resumed the payment of employee salaries
The bank said in a brief statement seen by "Al-Iqtisad News", that "salary increases on the Nakheel card have been resumed as of this morning."
He added that "salaries can be received from the authorized agents of Suwij Company or any of the bank's branches." 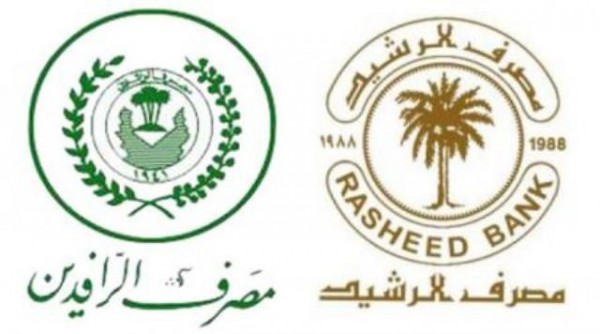 Al-Rasheed and Al-Rafidain start distribution of salaries
Baghdad - Time
The Rafidain and Rashid banks began distributing the salaries of employees of a number of the ministries and institutions of the endemic country, their salaries with the two banks. The media office of the Rafidain Bank said in a statement seen by (Time) Tuesday that (according to the directives of the Crisis Cell, the Minister of Finance and the Director General of the bank, the bank began distributing the salaries of employees of some ministries and state institutions who have been resettled in the bank and holders of the electronic card), pointing out that (The bank continues to pay the salaries of employees in accordance with specific contexts and deadlines).
Al-Rasheed Bank has announced that the salaries of employees of 42 of the endemic departments have been raised with the bank for the month of March.
The bank confirmed that (salary raising operations were completed for all departments that sent their employees ’paychecks to the bank through the ACH Clearing Program of the Central Bank of Iraq). He added that (all salaries are insured, and employees can receive their salaries from our network of branches located in all governorates, or from one of the approved Sewage company outlets). MasterCard International, inside and outside Iraq.