[size=32][rtl]Two deputies file cases against the government of Abdul-Mahdi and the Minister of Finance[/rtl][/size]
February 19, 2020 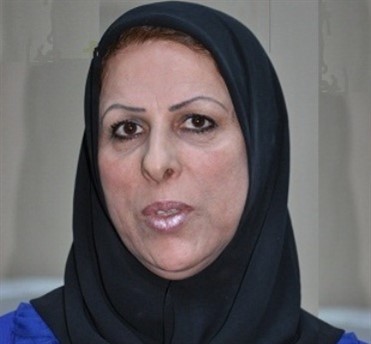 [rtl]Expert for (time): three negative effects due to the delay in the budget[/rtl]
[rtl]Two deputies file cases against the government of Abdul-Mahdi and the Minister of Finance[/rtl]
[rtl]Baghdad - Qusay Munther[/rtl]

[rtl] The deputy of the Sadqoun Bloc, member of the Parliamentary Finance Committee, Thamer Theban, announced yesterday that he filed a lawsuit against the Minister of Finance and SOMO Company. Theban accused the Minister of Finance of (manipulating the money selling oil) and the disbursement of the funds of the Kurdistan Region in violation of the Federal General Budget Law for the year. 2019 The two deputies from the Saeron Alliance, a member of the committee monitoring the implementation of the government program and strategic planning, Inaam Al-Khuzai, and a member of the Health and Environment Committee, Jawad al-Musawi, had previously filed a lawsuit against Finance Minister Fouad Hussein for the same reason and confirmed the completion of their fundamental procedures. [/rtl]
[rtl]On the other hand, Representative Alia Nassif announced that she filed a lawsuit in front of the Federal Court against the government of the resigned Prime Minister Adel Abdel-Mahdi due to (violating the law) and taking a decision that is not out of her powers leading to the state's inability to pay the salaries of employees and retirees. [/rtl]
[rtl]She said in a statement yesterday that (the interim cabinet held a meeting chaired by the Minister of Oil Thamer Al-Ghadhban in the absence of the Prime Minister-designate Muhammad Tawfiq Allawi, and at this session the Council took a serious and catastrophic decision against the state’s resources that includes reducing the Ministry of Finance’s share of the profits of oil companies from 45 percent to 5 percent Only and without any justification.) She added that (SOMO’s management has always tried to achieve this goal during the Abdul Mahdi’s government, but it was faced with rejection by the Finance Minister and the former Prime Minister, and today the goal of the corrupt people in the Ministry of Oil has been achieved at the expense of the Iraqi people, who live a lot of His children are below the poverty line) b As she put it.[/rtl]

[rtl] Al-Khursan outlined the negative effects that (there are allocations that were no longer needed were present in the 2019 budget for provincial councils or exchange gates that no longer exist or were reduced from the previous year, but that which is spent for each month according to the percentage is equal to what was spent in the past year and that there are exchange gates that did not It was not present in the 2019 budget, but it was introduced or increased allocations in the current year because of its importance, but it cannot be spent on or spent according to the previous few sums, and this means a complete or partial suspension of the programs for the current year, as well as the difference of the government program resigned to it for the transitional government will affect On the performance of the new government and its implementation).[/rtl]