Dr.. The appearance of Muhammad Salih *: The new financial, social contract for Iraq

Dr.. The appearance of Muhammad Salih *: The new financial, social contract for Iraq 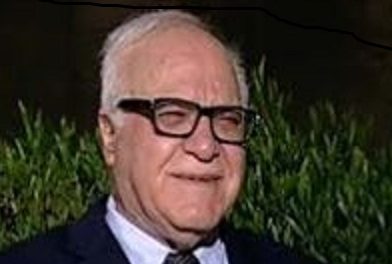 Introduction : Features of the federal budget 2019


The 2019 budget was based on very realistic oil revenues, that is to say, $ 56 a barrel, a price that carries a positive rent margin for the benefit of the general budget, which fluctuates to rise or increase from the beginning of the fiscal year until today between 5-8 dollars higher than the budget price, which helped cover an important proportion of Planned disability.

In spite of that, we find that there are two gaps: First, the operational budget of a governmental consumption nature has mostly absorbed all oil revenues even with the positive rent margin mentioned above. The government investment budget, which is the basis of direct growth, has also been living on non-oil revenues.

The new social and financial contract for Iraq - liberated

Re: Dr.. The appearance of Muhammad Salih *: The new financial, social contract for Iraq

to
The world
Dr.. Mazhar Muhammad Salih *: the contract

1. Preliminary: Features of the Federal Budget 2019
The 2019 budget is based on highly realistic oil revenues, 56
$ Dollars per barrel, which is a price that carries a positive rent margin for an interest
The general budget fluctuates with increase or increase since the beginning of the fiscal year
Even today, between $ 5-8 is higher than the budget price, which helped
To cover an important proportion of the planned deficit.


Despite this, we find that there are two gaps: the first, and the budget
Operationally governmental consumption in nature has been mostly absorbed
All oil revenues even with the aforementioned positive rent margin.
The government investment budget is the basis for direct growth
She also lived on non-oil revenues. As it forms
The investment budget is about 30 percent of total spending
Annual, while the corresponding non-oil revenue is only 10
Percent at best. Which means that reconstruction projects (in particular)


Therefore, the pure annual deficit will be absorbed by non-state projects
Implemented. Here, the budget deficit shifts or leaves from a fiscal deficit to
A real deficit that will weigh on the 2020 budget. Really it is a problem
Obstacles to rentier behavior prevailing in our countries today and based on
Abstractions of the so-called passive understanding of the disposal of public revenue
Not hiring
Al-Nafiyah, and then she started spoil
A product
Human building
And other physical capabilities required to sustain life. It is the most dangerous
The principles prevalent in our societies today are calls for widening the container
Free money or what is called base lunch free in all joints
Daily life This explains the insistence of increased exchange on account
Loss of important receptacles (or what I call fugitive vessels).

Also, the free expansion of the consumption behavior of the public revenues may
He began to grow louder with the increase in oil revenues, accompanied by a spectacular disruption
From development programs, unfair distribution of wealth and the emergence of sustainability
Unemployment is not less than two decimal places despite growth in
Real GDP by about 8.4% نشاط by active action
Agriculture and electric power compared to the previous year. It is an equation
Difficult if it continues in the wrong way because it will disrupt the present
Human development and confiscating its inevitable future.

2. The Macroeconomics of Iraq: The Promising Force


There is optimism in the real rate of economic growth in output
GDP in 2020 estimated by the economic community
In particular, the World Bank will reach approximately 1.5% as a starting point for a recovery
Its growth has brought about the Iraqi economy in the current year 2019
Who s
8.4%, in addition to the increase in government activity without regression, as it will accompany
This is an increase in the ratio of government revenue to GDP
To be in general
The total is also 2020, by approximately 7.3%
For the year 2019, which is around 36%, and in general, the average will improve
The share of the Iraqi citizen in the gross domestic product to reach in
$ 2019 annually, by 2020, by about 200.6% compared to the year
.
$ 700.5 annually
Note that the gross domestic product is estimated at about 235 billion
$ 2019 in the year 2019 will also increase to $ 254 billion in
The year 2020. In addition to the foregoing, there are economic assistants
Two important factors that will boost economic growth and form an optimistic vision in
Growth in the real economy. The first is the sector's recovery
Agricultural sector and its contribution to the GDP increased by 4%
This year, water availability was attributed to approximately 5.7% of agricultural policies
And commercial supportive of agricultural activity as it is happening today in evolution
The grain production and marketing sector and various field crops. And the second,
Qualitative improvement in the electric power production sector and an increase in hours
Equipment with availability of 19 thousand MW out of 23 MW needs
Improving technical losses, which the private economic activity has supported
And the impact of this on the development of market activity and activation of the implementation of behavior
Invest in a more positive way. In addition to the price stability
The country is experiencing inflation, if the general level does not grow
Prices are more than 1% in all cases, and it is the lowest in history

The modern economist in Iraq thanks to the stability of the policy tools
Cash.

It will also assist the operating movement in its contract or loan programs
Reducing unemployment rates and generating sustainability from economic growth
The real is supported by indicators of stability in global energy markets and returns
Oil after the features of the China-US agreement appeared
Current international data to address potential problems with recession
My world is highly anticipated.

Finally, a wave of optimism before the Iraqi people, which will constitute the data
To coalesce and walk towards building prosperity and development and maintaining a syndrome
It is based on economic and social stability and employment to develop happiness
The Iraqi person, supported by a new social financial contract, enhances efficiency
The national economy provides equity in the distribution of income and wealth.

3 The future of the federal budget 2020
The writings here and there raised with great caution a topic
I personally directed the federal budget for 2020
Texts warning of a large deficit to come in the country's budget and text
Who said:

(The next budget deficit of 2020 will destroy the Iraqi economy if not
Take preventive measures to squeeze expenses and rationalize unnecessary ones
Maximize revenue by supporting the local product, maintaining
Hard currency as much as possible, the collection of taxes, customs, and not
The manipulation of the budget deficit will be $ 40 billion, meaning $ 5.3 billion
Per month, almost half of the monthly revenue. How will it be managed?

In front of this great question, I must look forward to the future
The economic and financial affairs of Iraq are as follows:
The federal budget for 2020 will still need a process
Bold financing surgery is not austerity but its quest to achieve
Financial sustainability with high performance of public finances, that is, availability of means
And principles of financial discipline in Iraq without austerity or deprivation.

Whoever thinks about external borrowing to fill the operational budget deficit
Coming and always running the joints of the state administration with reduced productivity, it is delusional!
The next financial decision should be one of the most difficult and tough
Signed up.

On the one hand, it urgently needs legal and procedural force
Decision-making, especially from reliable decision-makers
People at the executive and legislative levels, especially the elite
That does not have that negative historical accumulation of financial wealth. and he
Accumulation based on the advantages of parasitology (throughout the decade and a half)
Al-Mady remained financial leverage, and the operational budget was defused
Corrosive concessions without giving.

A hedging concept has evolved, which sees the enjoyment of public spending of resources
The state as an opportunity to compensate and take over after spreading an idea
Booty-state and its philosophy of taking without giving.

It can not
Solidarity convictions between the state and the people that they find acceptance at all
Launch corrective financial surgery unless the people are there (personal)
Moral) demonstrates its sincere, restorative and selfless power
In the interest of ensuring the recovery of promising economic prospects that foster growth
The prosperity and well-being of the country is maximized within a new social and financial contract
Capable of investing in the highly optimistic underlying macroeconomic force

F.
The new look of Mohammed Saleh to Iraq
The world
Social contract page 6 of 6
Shown by the national economy throughout 2019 and what we expect in
The year 2020.
(*) Iraqi academic researcher and economist, deputy governor of the bank
The former central
Copyright